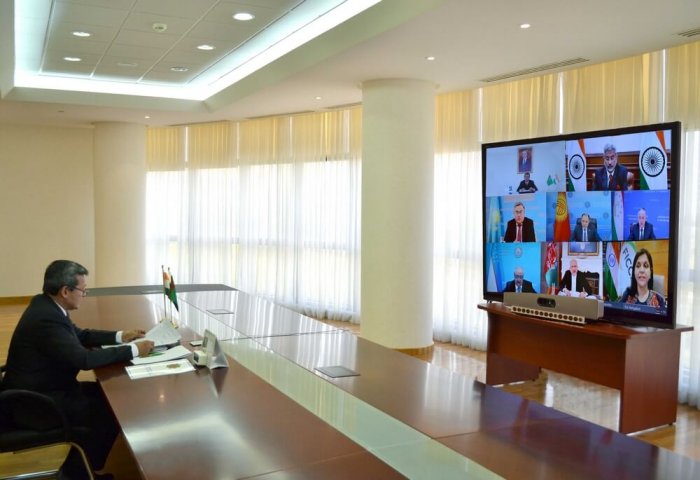 The officials agreed to continue holding annual meetings within the framework of the India-Central Asia dialogue with the participation of Afghanistan.

Minister of Foreign Affairs of Turkmenistan Rashid Meredov on Wednesday took part in the second meeting of the India - Central Asia dialogue, held in a virtual format.

The meeting participants discussed the most relevant areas of interaction and exchanged views on regional and international issues of mutual interest. Particular emphasis was placed on expanding partnerships within the UN and other international organizations.

Speaking at the meeting, Turkmen Foreign Minister Meredov noted the importance of cooperation within the framework of the India - Central Asia dialogue, one of the priorities of which is the maintenance of regional security. In particular, the Turkmen Foreign Minister proposed to strengthen collaboration on security issues, particularly by holding relevant consultations and meetings between experts from countries of this format.

In this regard, the sides welcomed the participation of Afghanistan in the India-Central Asia dialogue. The officials expressed interest in strengthening cooperation for the development and economic recovery of Afghanistan. The parties especially considered issue of developing transit and transport potential of Central Asian countries and India, including the promotion of joint initiatives to create regional and international transport corridors.

The parties thoroughly discussed the current situation with the global pandemic and stressed the need to continue close cooperation between the epidemiological services of the countries of Central Asia and India on overcoming COVID-19.

The sides exchanged views on collaboration in such areas as energy, gas chemical industry, transport, communications, innovative technologies and agriculture. Interest was expressed in the further expansion of trade and economic cooperation, including the promotion of direct contacts between the business circles of India and the Central Asian countries.

The officials agreed to continue holding annual meetings within the framework of the India-Central Asia dialogue with the participation of Afghanistan.