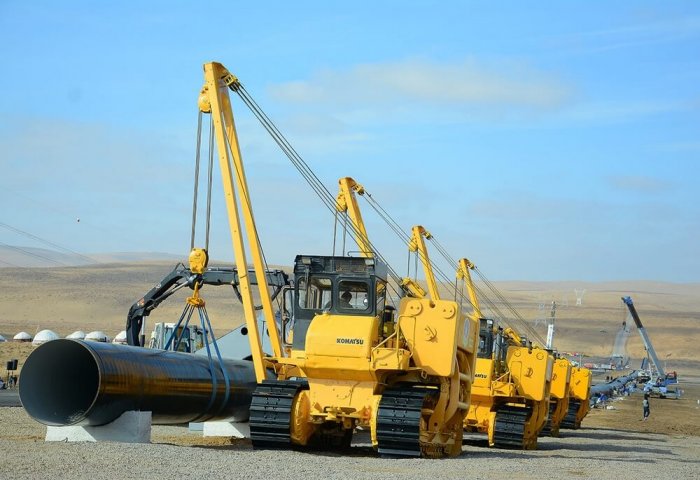 Minister of Foreign Affairs of Turkmenistan Rashid Meredov took part in the plenary session of the High-level Conference on Afghanistan, which took place on Tuesday in a video conference format in Geneva, Turkmen Foreign Ministry said in a press release.

During the meeting, President of Afghanistan Mohammad Ashraf Ghani discussed the economic situation in the country. Thanking the international community for the desire to assist in the integration of Afghanistan in the world economy, he especially emphasized the important contribution of Turkmenistan in this direction.

In turn, Foreign Minister Meredov noted that Turkmenistan considers the regional economic integration of Afghanistan through the implementation of large-scale infrastructure projects as one of the main aspects of restoring peace in the country.

“As for the railway communication, the construction by the Turkmen side of the 35-kilometer section of the Akina-Andkhoy railway should be completed in the coming days,” R. Meredov noted. In 2021, it is planned to continue the construction of Turgundi-Herat railway.

The Head of the Foreign Ministry of Turkmenistan informed the conference participants about the financial component of these projects. Turkmenistan has allocated $1.25 billion for the implementation of projects with the participation of Afghanistan.

In addition, over the past years, Turkmenistan, at its own expense, built and put into operation a school for girls in Balkh province, a rural hospital in Faryab province, and a maternity hospital near the city of Herat. The construction of a new mosque for 500 people in Afghanistan has also been completed with the assistance of the Turkmen side and is expected to open in the coming days.

According to the Watan Habarlar news program, President of Turkmenistan Gurbanguly Berdimuhamedov on Tuesday signed a Decree on the donation of medicines and medical supplies, food, textile and household goods to Afghanistan as humanitarian aid.