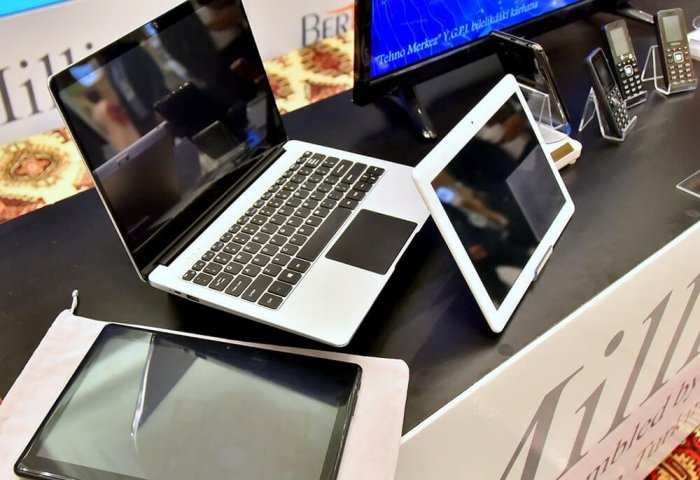 The computers meet international standards in terms of technical characteristics.

President of Turkmenistan Gurbanguly Berdimuhamedov during a government meeting on Friday noted the need to create domestic large technology companies and firms with high productivity rates and equipped with the latest technology, which will further contribute to the development of various sectors of the economy, and gave relevant instructions to Deputy Prime Minister Chary Gylyjov.

According to the TDH news agency’s report, Gylyjov presented a report on the results of the work of the supervised trade and textile industries, and the business sector for January-November of this year.

The Deputy Prime Minister also reported that in accordance with the instructions of the Head of State, the Agzybirlik Tilsimaty enterprise produced modern computers for first graders.

The report notes that the devices meet international standards in terms of technical characteristics. The program loaded into computers performs various educational functions and has three language versions – Turkmen, Russian and English.

The Head of State then instructed Deputy Prime Minister Mammatmyrat Geldiniyazov to present new computers to the first graders as a New Year's present.