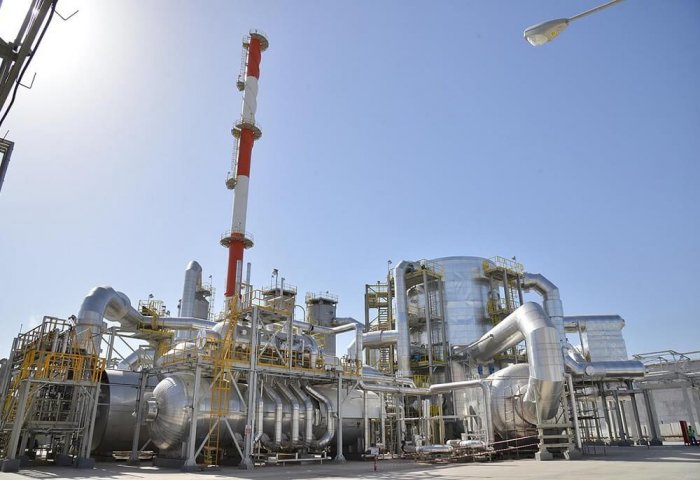 The largest growth was in nitrogen fertilizers as their output increased by 49.3%.

Türkmenhimiýa (Turkmen Chemicals) State Concern during the January-October period of this year significantly increased production and shipment of products, Orient news outlet reported on Friday with reference to the data of State Statistics Committee of Turkmenistan.

The increase in the volume of manufactured products amounted to 57.8% compared to 10 months of last year. The shipment of goods produced by the State Concern to both local and foreign markets increased by 62.3%.

The largest growth was in nitrogen fertilizers as their output increased by 49.3%. High rates were achieved primarily due to the Garabogazkarbamid plant’s planned reaching of the full production capacity.

The growth in the production of the chemical industry also ensures a stable increase in Turkmen exports. During the first nine months of 2020, Turkmenistan’s fertilizer exports increased by 74.6% compared to the same period last year.

Garabogazkarbamid Plant, the large urea and ammonia plant in the city of Garabogaz in Turkmenistan’s western velayat of Balkan, is designed to produce 1,155,000 tons of urea fertilizers per year. The plant is recognized as the largest and best equipped in the Central Asia.