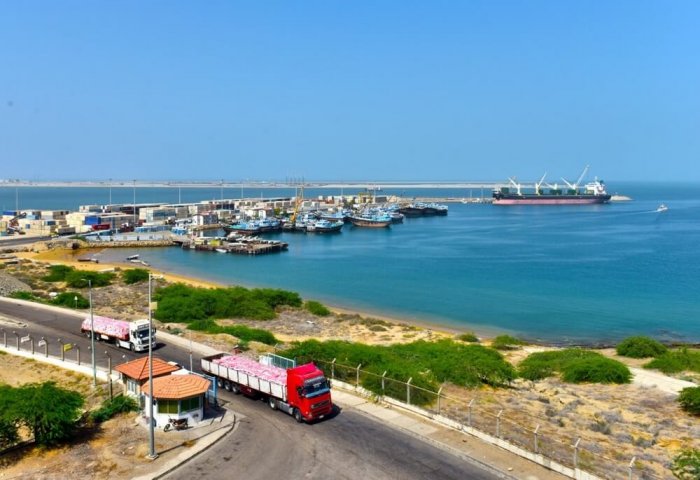 Iran plans to build a port along Makran coast in the southeastern province of Sistan and Baluchestan with a cargo handling capacity of up to 200 million tons, TDH news agency reported on Saturday with reference to Iran.ru.

The CEO of the Ports and Maritime Organization (PMO) Mohammad Rastad said the PMO’s agenda also includes a number of important documents and projects, saying the comprehensive plan for organizing the country’s small ports, which is expected to be implemented in three phases in 15 years, is one of them.

Rastad said the PMO is required to, in an important and massive undertaking, increase the capacity of the country’s major trade ports from 300 million tons to over 600 million tons in ten years.

The construction of a port on the Makran coast will be included in the organization's agenda after the implementation of a comprehensive plan for the development of the country's main trade ports, which ends in 2025.