Turkmenistan to Introduce Smart City Concept in Its New City 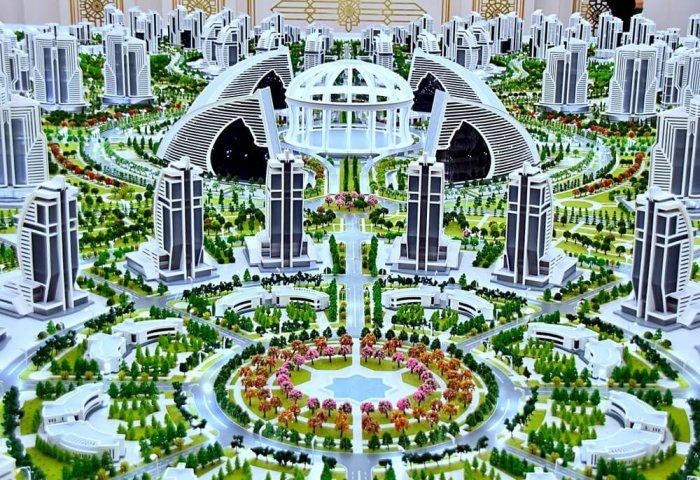 President of Turkmenistan Gurbanguly Berdimuhamedov during a working trip to the capital and Ahal velayat on Tuesday inspected the construction of a new administrative center of the velayat in Gokdepe etrap.

The Head of State got acquainted with the projects of new buildings under construction in the new administrative center, the country’s official media reports.

Emphasizing that the new administrative center of the Ahal velayat is being built in a picturesque area in the foothills of the Kopetdag mountains, the Turkmen Leader stressed that green technologies should be widely used to preserve this natural beauty. The Head of State also noted the importance of introducing digital technologies and intelligent systems to implement the Smart City concept in the new administrative center.

The President of Turkmenistan instructed the Chairman of the Türkmenawtoulaglary (Turkmen Motor Transport) Agency Guvanchmyrat Akmammedov to comprehensively study the matters related to the use of electric vehicles and the construction of smart car parks.

The President added that in the new city attention should be paid to the matters related to the movement of environmentally friendly vehicles, operation of solar and wind batteries, and modernization of the lighting system.

Noting that waste collection and disposal is currently one of the most acute global matters, President Berdimuhamedov said the country should attach importance to the creation of specialized waste processing enterprises, adding that this will contribute to the well-being of the city and the solution of environmental issues.

Highlighting the importance of maintaining cleanliness in cities and towns, the President proposed to ​​install smart litter bins within the framework of the Smart City concept.

Due to their technical capabilities, the smart litter bins are able to report their fill level information to the appropriate service. In this regard, the Head of State noted that attention should be paid on managing such system using modern digital technologies.