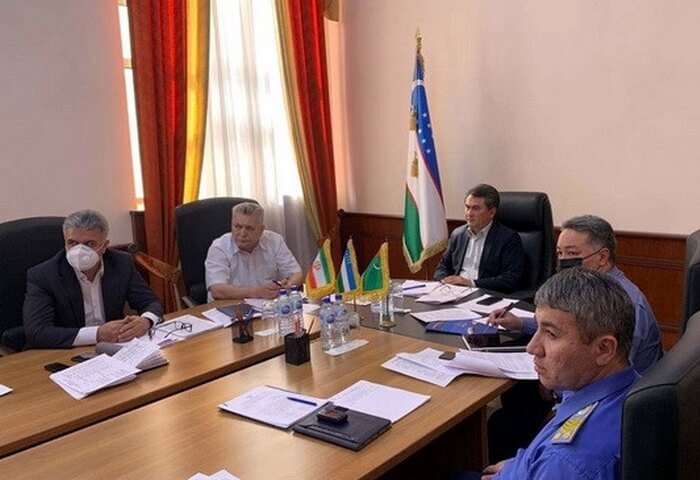 Representatives discussed issues of coordinating the transportation of a pilot train. (Photo: railway.uz)

The railway administrations of Uzbekistan, Turkmenistan and Iran held a video conference meeting on Tuesday. The agenda of the talks included issues of coordinating the transportation of a pilot train along the Uzbekistan - Turkmenistan - Iran - Oman corridor (Ashgabat Agreement).

The online talks were held in accordance with the agreements reached at previous trilateral negotiations, the Uzbekistan Railways JSC said in its press release.

The officials particularly considered the implementation of the protocol of the meeting of the heads of the railway administrations of Uzbekistan, Turkmenistan and Iran dated May 21, 2020.

In order to increase the volume of cargo transportation between the countries, the parties agreed on the process of accelerating the passage of loaded wagons and the return of empty ones, belonging to the Uzbekistan Railways JSC, from Iran to Uzbekistan.

On the same day, the railway administration of Uzbekistan held separate bilateral meetings with railway agencies of Turkmenistan and Iran.