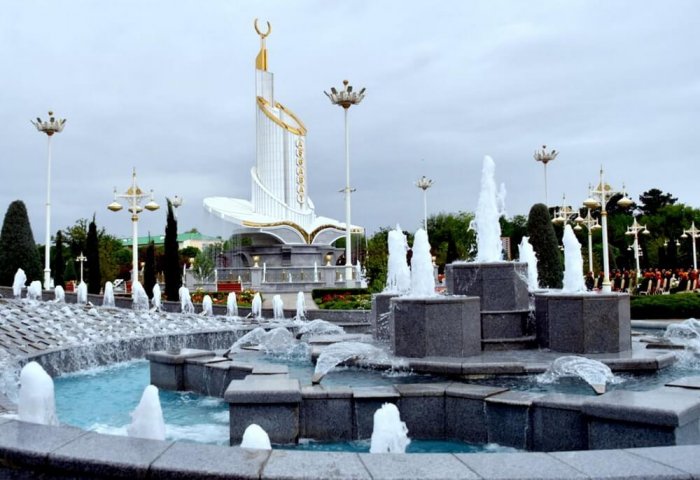 President of Turkmenistan Gurbanguly Berdimuhamedov congratulated citizens on the anniversary of Ashgabat.

Turkmenistan marks the 140th anniversary of the founding of its capital city of Ashgabat. Festive celebrations are held in the capital and in all velayats of the country on the occasion the anniversary.

President of Turkmenistan Gurbanguly Berdimuhamedov congratulated citizens on the anniversary of Ashgabat. The Head of State took part in the opening of 140 two-storey cottages in the Choganly Residential Complex and the groundbreaking ceremony of the Ashgabat City in the north of the capital.

On the occasion of the Day of Ashgabat, 400 new Hyundai ALL New super Aero City buses and 200 new Toyota Corolla taxis also started their movement on the roads of the Turkmen capital.

On Monday, XX International Exhibition White City-Ashgabat kicked off at the Expo Center of the Chamber of Commerce and Industry of Turkmenistan dedicated to the 140th anniversary of the capital.

Within the framework of the celebrations, a ceremony was held to present high state awards to the best workers in various sectors of the national economy, production leaders, employees of ministries and departments, organizations, artists who have made a personal contribution to the socio-economic development of Ashgabat.