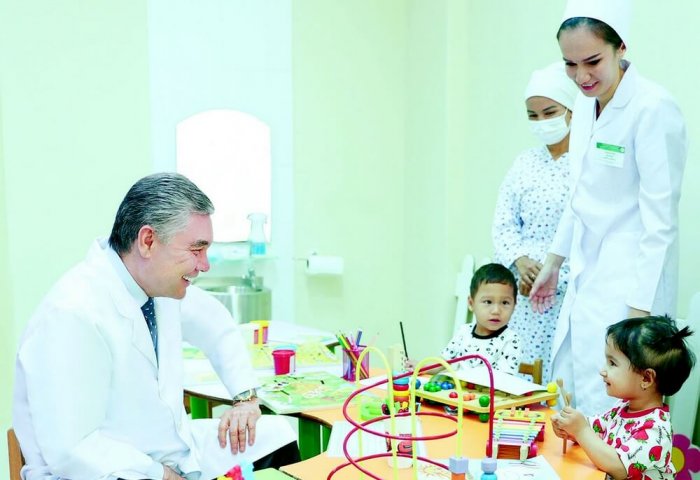 Charitable Fund for Assistance to Children in Need of Guardianship named after Gurbanguly Berdimuhamedov was established in March this year.

President of Turkmenistan Gurbanguly Berdimuhamedov decided to allocate funds from the charitable fund to carry out various medical operations to children in need of guardianship in the relevant medical institutions of the capital and the country's velayats, the country’s official media reported on Wednesday.

Earlier, the Head of State also donated to the pediatric departments of hospitals in etraps and cities of Balkan, Dashoguz and Lebap velayats new ambulances, installed with modern equipment. The funds for the purchase of the ambulances were also allocated from the Charitable Fund.

The fund was established in accordance with the Presidential Resolution on March 29 of this year to provide social support to the younger generation, help restore the health of children in need of guardianship, and provide favorable conditions for their happy life.

By the Resolution of the Mejlis of Turkmenistan in March, the fund was named after Gurbanguly Berdimuhamedov.