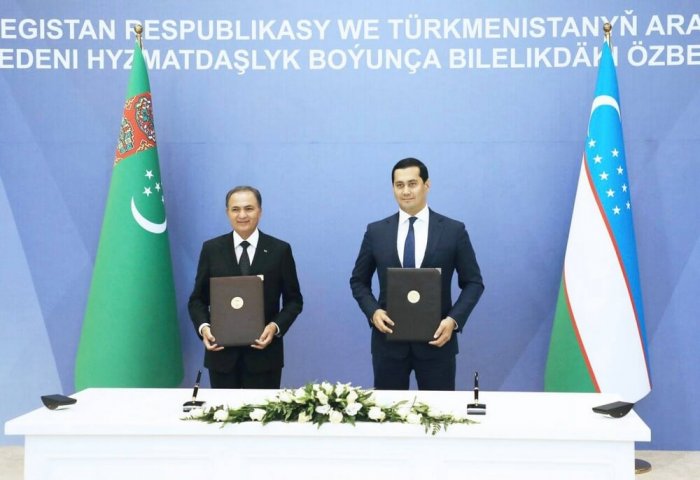 The Uzbek-Turkmen Intergovernmental Commission on Trade-Economic, Scientific-Technical and Cultural-Humanitarian Cooperation in its 16th meeting held on Wednesday in Tashkent agreed to intensify the development of new joint projects on production of vehicles and electrical appliances, the Ministry of Investment and Foreign Trade of Uzbekistan said in its press release.

The co-chairs noted the commitment of Turkmen and Uzbek governments to strengthening constructive, long-term and mutually beneficial relations, as well as special attention paid to the development of economic ties between Uzbekistan and Turkmenistan.

The meeting participants agreed on the active development of industrial cooperation and the formation of continuous value added chains, taking into account the comparative advantages of the economies of the two countries.

The commission reached an agreement to intensify the development of new joint projects for the creation of productions in the areas of the agro-industrial complex, textile, leather and footwear industries, and for the production of vehicles, electrical appliances and building materials.

The officials also agreed to develop and adopt a Roadmap for the development of industrial cooperation, which includes specific projects.

The intergovernmental commission members also expressed their readiness to implement measures on increasing the Uzbek-Turkmen trade turnover to $1 billion in the near future.