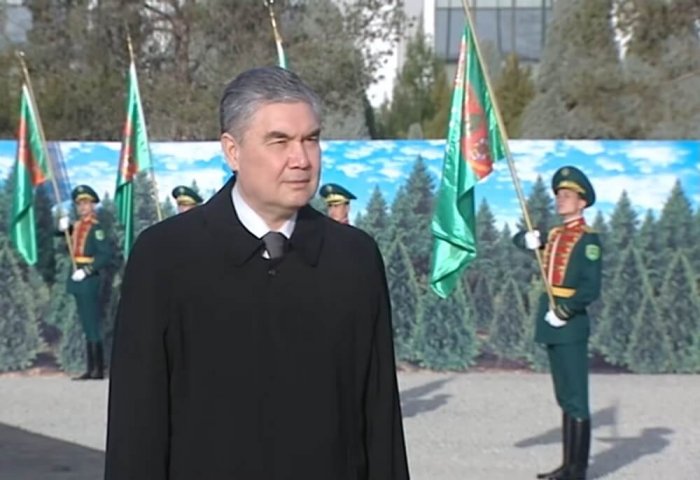 President of Turkmenistan, Commander-in-Chief of the Armed Forces of Turkmenistan Gurbanguly Berdimuhamedov on Thursday took part in festive event at the Central House of Officers of the Ministry of Defense of Turkmenistan.

The event included the ceremony of awarding distinguished officers of the military and law enforcement agencies with state awards and conferring military ranks.

Speaking at the ceremony, President Gurbanguly Berdimuhamedov emphasized the big role of servicemen of the military and law enforcement agencies, especially the valiant defenders of the homeland in ensuring the peace and happiness of the people. The Head of State cordially congratulated the participants of the event on the Day of Fatherland Defenders.

The Turkmen President said that on the occasion of the holiday, he signed decrees on conferring state awards, military and special ranks and class ranks on servicemen and workers of military and law enforcement bodies.

Following the event, the Head of State attended the groundbreaking ceremony of the building complex of the 1st Specialized Military School named after Berdimuhamet Annayev of the Ministry of Defense and signed a commemorative message to be placed in a special capsule.

At the end of the event, having once again congratulated the attendees on the Day of Fatherland Defenders and laying of the foundation of the new specialized military school, President Gurbanguly Berdimuhamedov wished them success in their noble cause.

Every year on January 27, Turkmenistan celebrates Day of Fatherland Defenders – the professional holiday for the Armed Forces of Turkmenistan and law enforcement agencies.