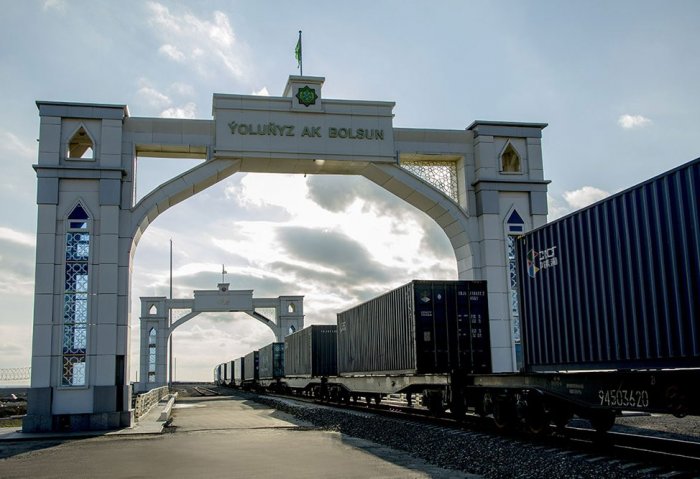 The Turkmen Leader stressed the need to ensure the uninterrupted transit traffic.

Turkmen President Gurbanguly Berdimuhamedov in an online cabinet meeting on Friday said the volume of transit freight through Turkmenistan increased 3.5 times in 2021.

During the meeting, Mammethan Chakiyev, the General Director of the Agency for Transport and Communications under the Turkmen Cabinet of Ministers, briefed on the results of his working visit to the Balkan velayat, particularly on the inspection of the Serhetyaka railway station and relevant services on its territory, and the works on reception and dispatch of wagons from the border point.

According to Chakiyev, the number of diesel locomotives on the Bereket-Serhetyaka and Bereket-Akyayla railway lines had increased, and a locomotive and wagon maintenance and repair depot had been established at the Serkhetyaka border station.

Following the report, President Gurbanguly Berdimuhamedov emphasized the importance of formation of international transport and transit corridors North-South and East-West, which would open broad access to the markets of Europe, Middle East, Central, South and South-East Asia.

President Gurbanguly Berdimuhamedov continued by saying that, taking advantage of its favorable geographic location, Turkmenistan aims to become a major transport and logistics hub in Europe and Asia, and highlighted the 3.5-fold increase in the transportation of transit cargo through Turkmenistan in 2021.

The Turkmen Leader stressed the need to ensure the uninterrupted transit traffic and gave the head of the agency a number of specific instructions to this end.

The meeting also considered other important issues of the state life and adopted respective decisions on them.