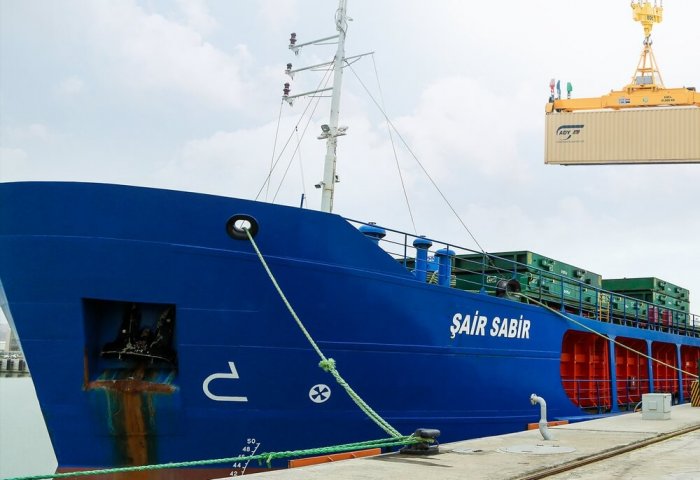 Two vessels have started operating between Turkmenistan’s Turkmenbashi and Azerbaijan’s Baku port from the beginning of 2022, Transport and Logistics Center of Turkmenistan (TULM) OJSC told Business Turkmenistan on Monday.

Before only one feeder ship was operated between Turkmenbashi and Baku ports.

The Shair Sabir and Mahmud Rahimov vessels, operated by Azerbaijan's ADY Container LLC and TULM, transport containers in the Baku-Turkmenbashi-Baku direction, according to ADY Container.

The regular operation of the two vessels was launched in order to increase transport connectivity on the segment of the second China-Europe route across the Caspian Sea.

Along with the number of vessels, the number of weekly vessel voyages will also double, depending on weather conditions. The operation of first ship between these ports was launched in April 2019. To date, 17,500 TEU containers have been transported in both directions along the route, the ADY Container said in its report.

This step is aimed at developing the “Asia-Pacific region-China-Kyrgyzstan-Uzbekistan-Turkmenistan-Azerbaijan-Georgia-Turkey-Europe transport route”. This transcontinental multimodal railway route was created in 2019 with the participation of the state railways of the respective countries. Turkey also joined this route in December 2021. Currently, containerized cargo along this route is transported from Turkey via the Baku-Tbilisi-Kars railroad, as well as from the Georgian ports of Poti and Batumi to Uzbekistan, Turkmenistan, Kyrgyzstan and in the opposite direction.

In 2021, cargo traffic along the route increased by 101% compared to 2020. Cargo transportation is carried out by Turkish company Pacific Eurasia Logistics, the Georgian company GR Logistics and Terminals, ADY Container, TULM, the Uzbek company Uzbektemiryolexpedition, and the Kyrgyz Railways operator. The parties held a number of fruitful meetings to improve the route. The best result on the route was achieved in May 2021 – containers were delivered from the Turkish city of Izmir to Osh (Kyrgyzstan) in 18 days. The goal of the companies is to reduce transit time in this direction to 12 days.