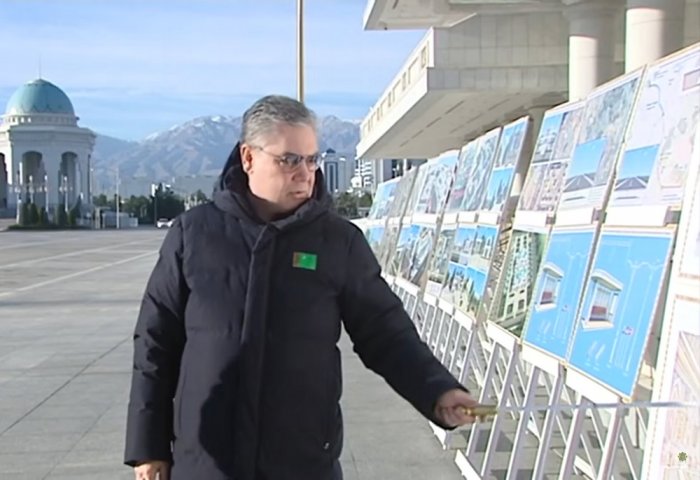 President Gurbanguly Berdimuhamedov said the elements of national identity of the two nations should be reflected in the arrangement and design of the park.

President of Turkmenistan Gurbanguly Berdimuhamedov on Thursday got acquainted with ongoing and envisaged construction works in Ashgabat, including the General Plan of Tashkent park under construction along Magtymguly Avenue and with designs of facilities to be placed in the park.

The General Plan was presented by Charymyrat Purchekov, the Deputy Chairman of the Government for the industrial and construction complex.

Speaking of the significance of the new park, the Turkmen Leader emphasized that the elements of national identity of the two nations should be reflected in the arrangement and design of the park.

The implementation of this project will be another milestone in further strengthening of the traditionally friendly and good neighborly relations between the Turkmen and Uzbek peoples, and will promote the dynamic development of interstate partnership in various spheres, according to President Gurbanguly Berdimuhamedov.

The Head of State Stressed that the national peculiarities of the neighboring Uzbekistan should be taken into consideration while realizing this project.

In 2018, the Ashgabat park was opened in Tashkent as a sign of friendship and brotherhood between people of Turkmenistan and Uzbekistan.