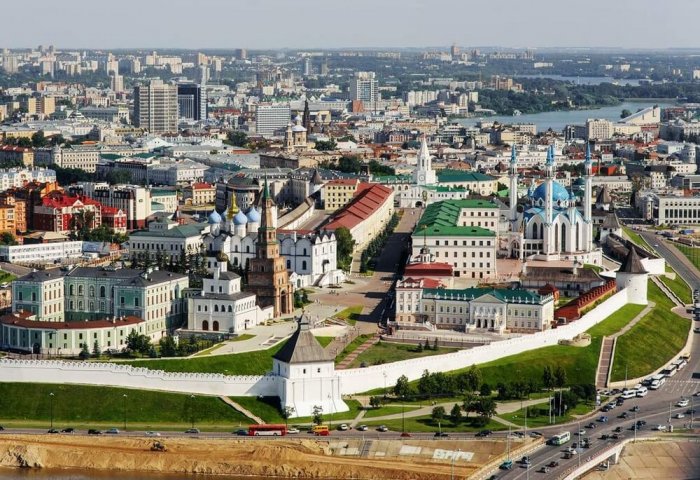 President of Russia’s Tatarstan Republic Rustam Minnikhanov on Sunday invited Chairman of Halk Maslakhaty chamber of Turkmen bicameral parliament Milli Gengesh Gurbanguly Berdimuhamedov to visit Tatarstan to participate in the events dedicated to the 1,100th anniversary of adoption of Islam by the Volga Bulgars, the press service of the President of Tatarstan reports.

The meeting was held at the International Akhal-Teke Horse Racing Complex, where the head of Tatarstan arrived to participate in the celebrations to mark the National Day of the Turkmen horses as part of his working visit to the country.

Rustam Minnikhanov thanked Gurbanguly Berdymukhamedov for his personal attention to the issues of Tatar-Turkmen cooperation within the diplomatic relations between Russia and Turkmenistan.

During the meeting, it was highlighted that in the light of the current realities it is very important to promote parliamentary diplomacy aimed at promoting peace and sustainable development, and strengthening friendship and cooperation between the nations and peoples, according to the official Turkmen media.

Gurbanguly Berdimuhamedov expressed gratitude for the invitation to participate as an honorary guest in the social and cultural events to be held in Tatarstan next month. The Chairman of the Halk Maslakhaty said this invitation is regarded as a sign of high respect.

The Volga Bulgars, ancestors of the Tatars, adopted Islam as their state religion in 922. Tatarstan will solemnly celebrate the 1,100th anniversary of this event this summer.