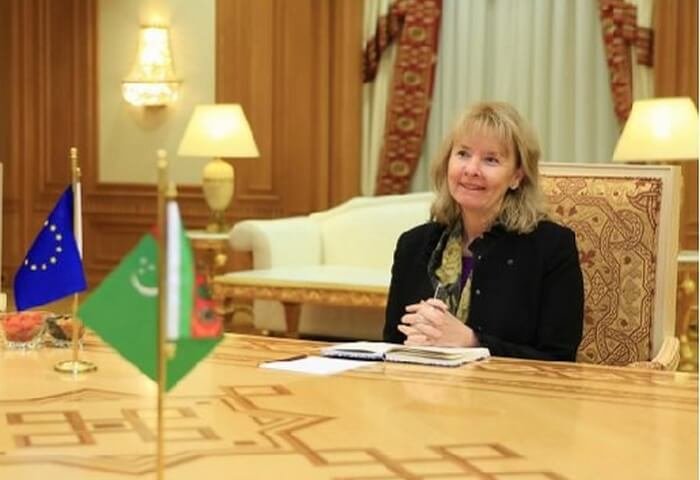 President of Turkmenistan Serdar Berdimuhamedov and Special Representative of the European Union for Central Asia Terhi Hakala in a meeting on Wednesday in Ashgabat expressed interest in steadily increasing the established productive interaction.

The Head of Turkmenistan stressed that expansion of mutually beneficial contacts with the EU has been and remains one of the key areas of the country's foreign policy strategy aimed at broad international cooperation for the sake of common interests. President Berdimuhamedov expressed confidence that the current visit will serve to further strengthen Turkmen-EU relations and give a new impetus to the constructive dialogue, the Turkmen official media reports.

The meeting participants expressed interest in steadily building up the existing productive cooperation, highlighting the readiness of the sides to seek effective forms and new directions of partnership, as well as to intensify cooperation in the political, economic, humanitarian and environmental spheres.

Noting with satisfaction the progress of the multifaceted Turkmenistan-EU cooperation, President Berdimuhamedov said the bilateral relations have seen a dynamic expansion since the opening of the EU Delegation office in Turkmenistan in 2019.

Terhi Hakala also held a meeting with Gulshat Mammedova, the Chairwoman of the Mejlis chamber of Milli Gengesh of Turkmenistan. They emphasized the need to further deepen inter-parliamentary relations that have a significant impact on the progressive development of relations between Turkmenistan and the EU and bring them to a new level that meets mutual interests.