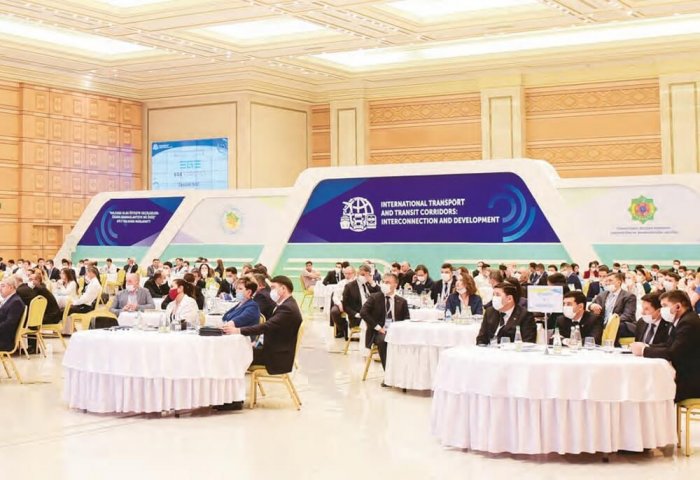 The meeting was held on the sidelines of the two-day conference "International Transport and Transit Corridors: Connectivity and Development".

Member countries of the Agreement on the establishment of an international transport and transit corridor Iran-Oman-Turkmenistan-Uzbekistan (Ashgabat Agreement) intend to organize test shipments of cargo along the corridor in August-September this year.

The organization of the test shipments was discussed during the third meeting of the working committee of the member countries of the Ashgabat Agreement on Monday in Ashgabat.

The meeting was held on the sidelines of the two-day conference "International Transport and Transit Corridors: Connectivity and Development".

During the meeting, the delegations also considered measures to eliminate a number of non-physical barriers for bilateral and transit road freight traffic, and the possibility of introducing a unified transit tariff for rail transport in this corridor.

The Ashgabat Agreement entered into force on April 23, 2016. It was preceded by a Memorandum of Understanding, which was signed in August 2014 in Muscat, Oman, by the foreign ministers of Uzbekistan, Turkmenistan, Iran and Oman. The agreement and memorandum have now been ratified by all four countries.