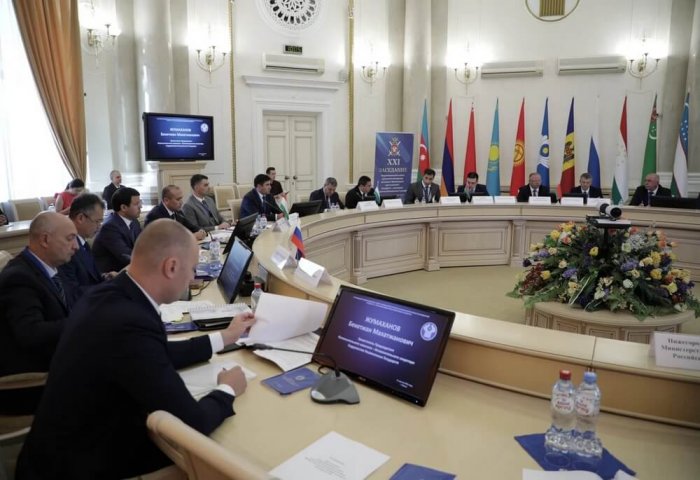 The meeting considered issues of activity of tax (financial) investigation bodies of the CIS countries to ensure economic security.

The 21st meeting of the Coordinating Council of the Heads of Tax (Financial) Investigations Bodies of the CIS Member States was held in Belarus’s capital Minsk on Thursday to discuss measures for economic security, according to the CIS press service.

The meeting was attended by representatives of tax and financial investigation bodies from Armenia, Azerbaijan, Belarus, Kazakhstan, Russia, Tajikistan and Uzbekistan, as well as employees of the CIS Executive Committee headed by Deputy Chairman Beketzhan Jumakhanov.

"The Council's activity is dynamic and allows us to respond quickly to offenses in the financial sphere and manifestations of transnational economic crime,” Beketzhan Jumakhanov said, adding that “its work allows us to objectively assess the current operational situation in the economic sphere, to improve the legal framework of cooperation, to introduce in practice modern forms of partnership, to jointly resist international crime.”

The meeting considered issues of activity of tax (financial) investigation bodies of the CIS countries to ensure economic security, implementation of international programs to combat crime.