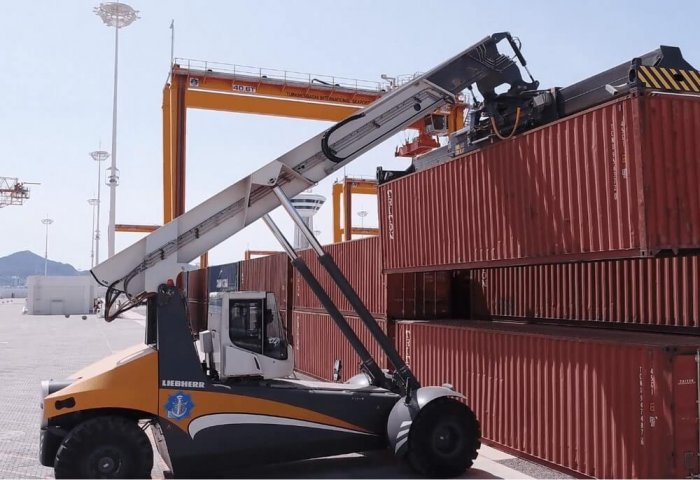 The Turkmen port can load and unload 400 thousand containers.

A shipment of fertilizers from Uzbekistan was transited through the Turkmenbashi International Seaport of Turkmenistan to Europe.

A block train with 24 40-foot containers loaded with mineral fertilizers, after arriving in Turkmenbashi port, were transported to the Azerbaijani port of Alat with the Mahmud Rehimov vessel, which carries out feeder transportation across the Caspian Sea, the subsidiary of the Azerbaijan Railways CJSC, ADY Container, which participated in the transportation of the cargo, said in its Monday press release.

In 2021, the cargo turnover of the Turkmenbashi International Seaport exceeded 11.3 million tons. Most of the these are export cargo – 6.58 million tons, while import cargo amounted to 1.21 million tons.

The Turkmen port can annually serve up to 300 thousand passengers, 75 thousand vehicles, as well as load and unload 400 thousand containers.