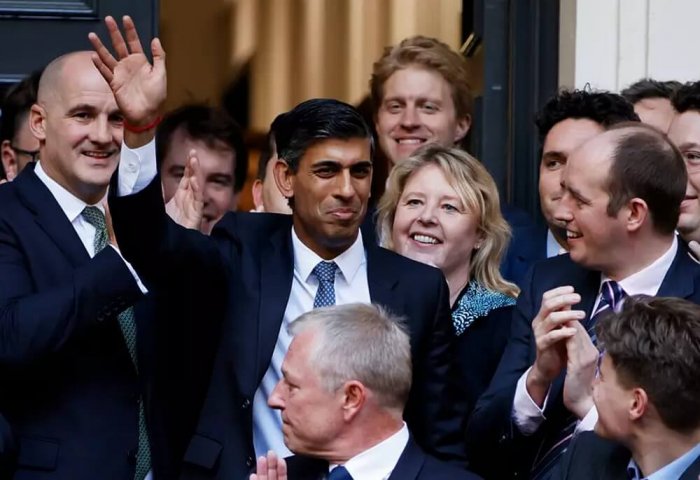 Rishi Sunak was named as the new leader of the UK's Conservative Party on Monday.

President of Turkmenistan Serdar Berdimuhamedov, on behalf of the people and Government of the country, has sent congratulations to Rishi Sunak on his taking office as the Prime Minister of the United Kingdom of Great Britain and Northern Ireland, the official Turkmen media reported on Wednesday.

"We highly appreciate the established friendly relations between Turkmenistan and the United Kingdom," President Berdimuhamedov said, expressing confidence that with joint efforts, bilateral cooperation will continue to develop consistently.

Taking this opportunity, the Turkmen President extended to the new British Prime Minister wishes of good health, happiness and success in undertakings aimed at the prosperity of the UK.

Rishi Sunak was named as the new leader of the UK's Conservative Party on Monday and was formally appointed as Prime Minister by King Charles III on Tuesday.