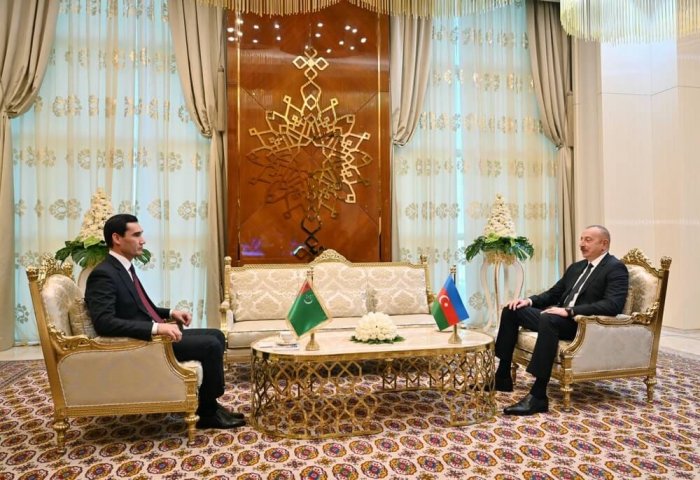 President of Turkmenistan Serdar Berdimuhamedov and President of Azerbaijan Ilham Aliyev in a meeting in the Avaza National Tourist Zone on the Caspian coast on Wednesday discussed the prospects of expanding cooperation in energy security, the official Turkmen media reports.

Discussing issues of Turkmen-Azerbaijani cooperation, the sides stressed the mutual interest in further progressive development of mutually beneficial cooperation. The sides also noted the closeness of views and positions of Turkmenistan and Azerbaijan on topical international issues.

In this regard, the sides stated the relevance of the Memorandum of Understanding signed in Ashgabat in January last year between the governments of Turkmenistan and Azerbaijan on the joint exploration, development and exploitation of hydrocarbon resources of the Dostluk field in the Caspian Sea.

Noting that the fuel-energy complex and transport will remain the most important vectors of mutually beneficial cooperation, the Head of Azerbaijan fully supported Turkmenistan's proposals on the need to further build a partnership in these important areas. 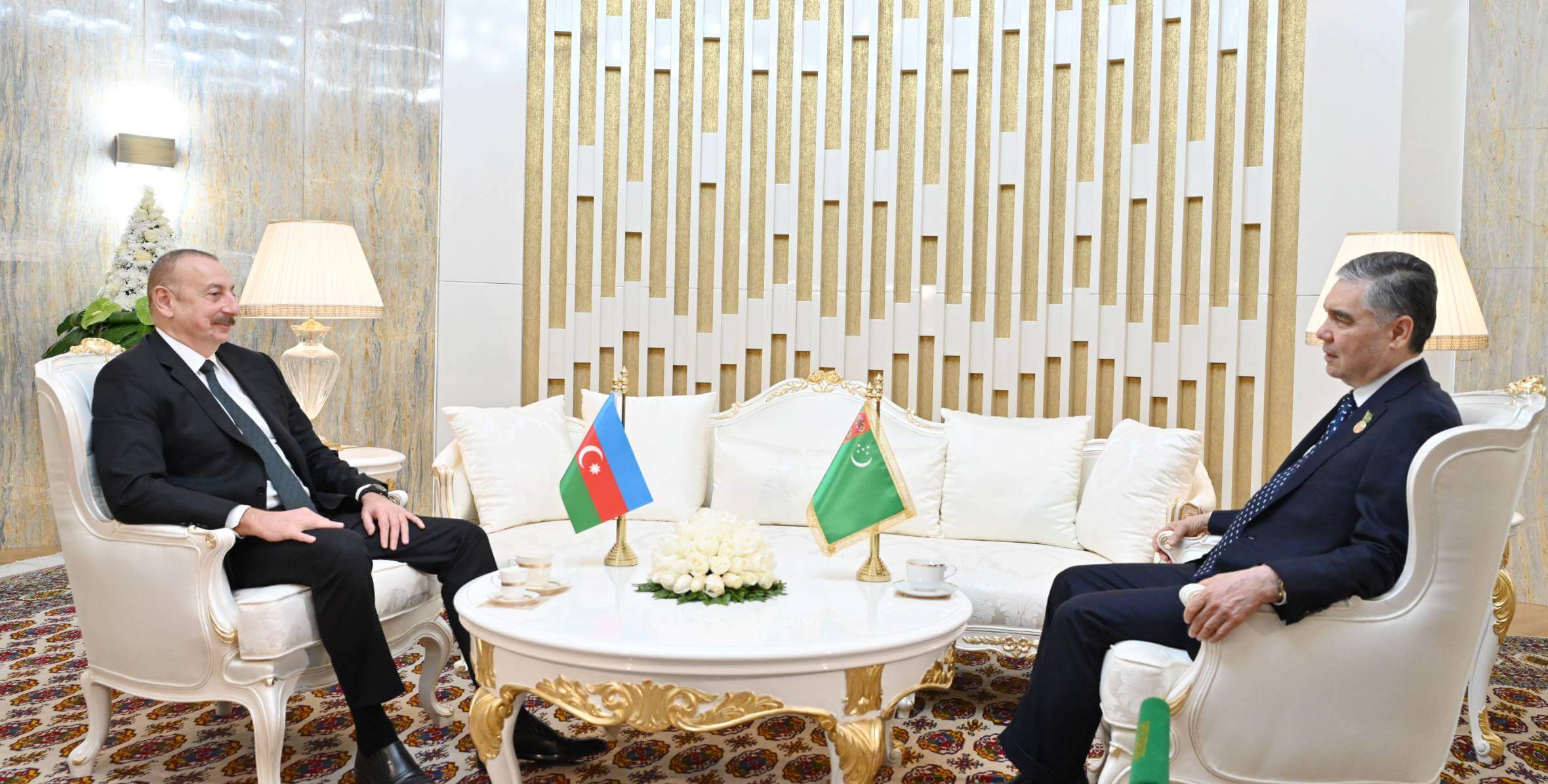 Earlier in the day, Ilham Aliyev held a meeting with Gurbanguly Berdimuhamedov, the Chairman of Halk Maslakhaty chamber of the Turkmenistan’s bicameral parliament Milli Gengesh.