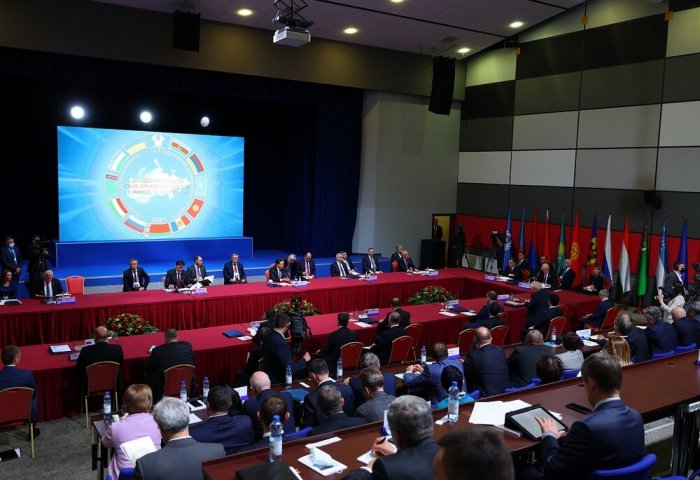 A meeting of the Council of Heads of Government of the Commonwealth of Independent States, chaired by Prime Minister of Belarus Roman Golovchenko, was held on Friday in the capital of Belarus, Minsk, the press service of the CIS Executive Committee reports.

At the meeting in a narrow format, the heads of delegations exchanged views on current issues of economic cooperation in the CIS, taking into account the epidemiological situation in the CIS countries and the world, according to the report.

The officials additionally approved a concept of cooperation between government (executive) bodies responsible for the management of state material reserves in the CIS member states for the period up to 2030 and the plan of main activities to implement it.

The Turkmen side was represented by Deputy Chairman of the Cabinet of Ministers Gadyrgeldy Mushshikov.

Bishkek, the capital city of Kyrgyzstan, will host the next meeting of the CIS Heads of Government Council on November 12.