Delivery of Turkmen Energy Resources to Kyrgyzstan Discussed in Avaza

President of Turkmenistan Gurbanguly Berdimuhamedov and President of the Kyrgyz Republic Sadyr Japarov during the talks in the Avaza National Tourist Zone on Friday touched on the topic of delivery of natural gas and electricity from Turkmenistan to Kyrgyzstan.

The meeting took place within the framework of the third Consultative Meeting of the Heads of State of Central Asia, organized in the Avaza NTZ in Turkmenistan’s western velayat of Balkan.

During the talks, the Heads of States discussed a wide range of issues of bilateral cooperation, including trade-economic interaction, the import of natural gas and electricity from Turkmenistan to Kyrgyzstan and the development of tourism, the press service of the administration of the Kyrgyz President said in its statement.

The parties also discussed the implementation of the agreements reached during the official visit of President Sadyr Japarov to Turkmenistan.

President Sadyr Japarov confirmed the readiness of the Kyrgyz side to take all measures to further strengthen and develop bilateral cooperation, as well as interaction within international organizations.

The Head of Kyrgyzstan added that such serious issues as energy, trade, transport, transit, as well as confronting modern challenges require a collective exchange of views and a search for solutions.

At the end of the talks, the Presidents of Turkmenistan and Kyrgyzstan outlined joint plans for further interaction, expressed their readiness to deepen mutually beneficial cooperation in different fields.

(Photos: the press service of the Kyrgyz President) 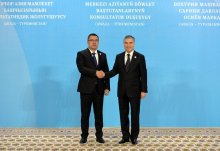 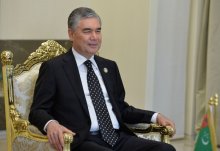 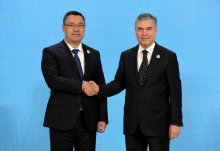 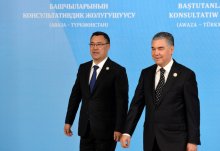 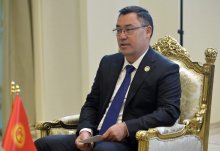