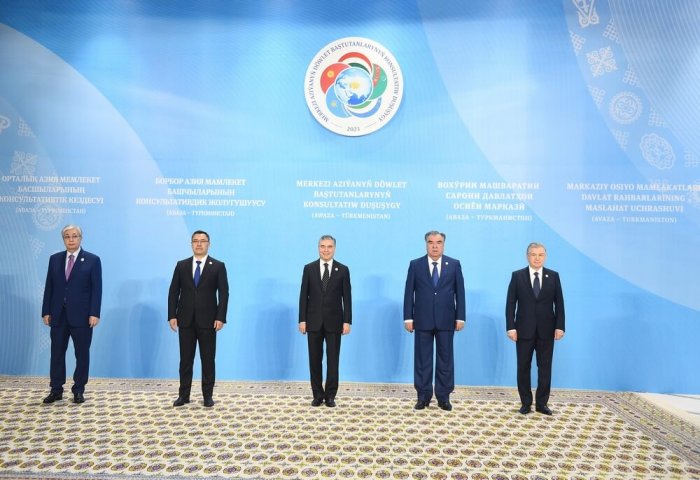 The third Consultative Meeting of the Heads of State of Central Asia was held in the Avaza National Tourist Zone in Turkmenistan's western velayat of Balkan on Friday, the official media of Turkmenistan reports.

In his opening speech, the Turkmen President expressed gratitude to his colleagues for accepting the invitation to visit Turkmenistan for participation in the Consultative Meeting aimed at further strengthening regional cooperation, provision of conditions for more active and oriented steps in this direction, which is expected to become a strong mobilizing factor for effective and constructive participation of the Central Asian region to the continental and global affairs.

During the talks, the Presidents discussed the issues related to the implementation of agreements adopted at the Consultative Meeting of the Heads of States of Central Asia that was held in Tashkent on November 29, 2019.

The Leaders of Central Asian states paid particular attention to creating favorable conditions for partnership in the energy sector, expanding cooperation between the regional countries in the transport-communications field, in particular, by maintaining the effective functioning of existing and forming new transport corridors.

“Based on UN documents, we are moving towards the formation in Central Asia of favorable political-legal and economic conditions for a safe, sustainable energy partnership focused on meeting regional energy demand and on accessing world markets through international transit corridors," President Gurbanguly Berdimuhamedov noted during his speech.

The Presidents exchanged views on the further development of trade relations and increasing the volume of export-import operations. The sides reached agreements to increase the diversification of mutual trade and industrial cooperation.

One of the main topics on the agenda of the meeting was the consolidation of efforts of the region’s countries on countering the pandemic. The Presidents agreed to facilitate the organization and encourage joint research in the area of studying the nature of new variants of infections, as well as the application of new methods of treatment and prevention of communicable diseases.

Upon the outcomes of the meeting, the Leaders of Central Asian states adopted joint statement.

The officials the proceeded to an official ceremony of awarding the Honorable Sign of the Heads of States of Central Asia. In accordance with the decision of the Presidents of the countries of Central Asia adopted at the third Consultative Meeting, the Honorable Sign was awarded to the President of Tajikistan Emomali Rahmon for outstanding achievements in the development of friendship, good-neighborliness, mutual understanding and cooperation between the states of Central Asia, as well as for strengthening peace and security in the region, promotion of joint interests and initiatives of the region’s countries within the international community. With the applauses of the audience, the Honorable Sign was awarded by the President of Turkmenistan Gurbanguly Berdimuhamedov.

(Photos: the press services of Presidents of Kazakhstan, Kyrgyzstan, Uzbekistan and Tajikistan) 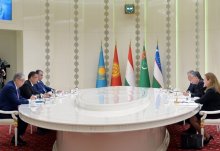 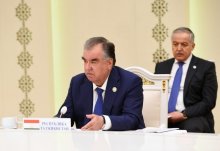 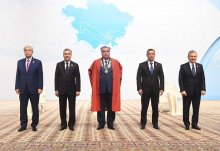 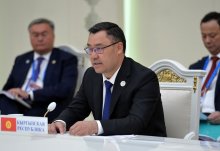 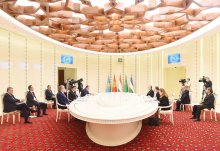 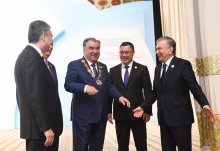 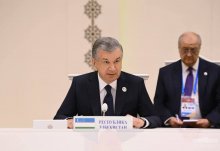 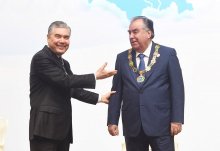 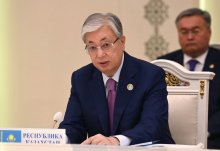 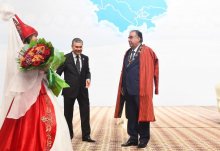