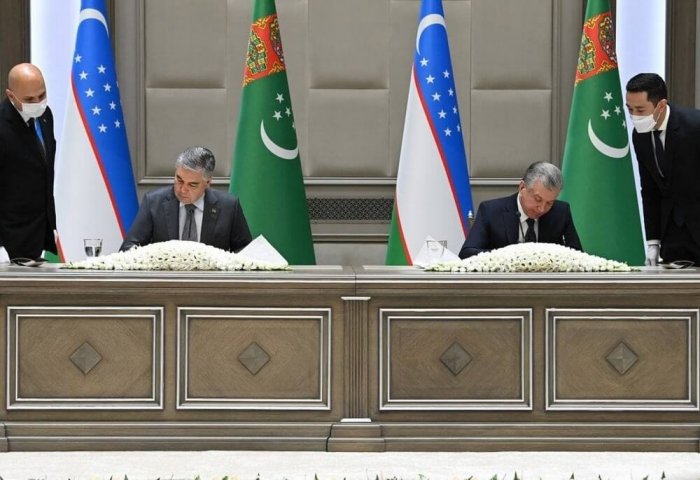 Within the framework of the official visit of President of Turkmenistan Gurbanguly Berdimuhamedov to Uzbekistan, 23 documents were signed covering almost all areas of multifaceted Uzbek-Turkmen partnership.

President of Turkmenistan Gurbanguly Berdimuhamedov held talks with his Uzbek counterpart Shavkat Mirziyoyev at the Kuksaroy Presidental Palace in Tashkent, the press service of the Uzbek President reports.

Following the negotiations, the Presidents of Uzbekistan and Turkmenistan adopted a Joint Statement, which reflects the main results of the meeting, identifying promising areas for further strengthening the Uzbek-Turkmen strategic partnership.

In the presence of the Heads of State, an exchange of signed documents took place between the heads of ministries, departments and regions of the two countries. The signed documents include the Agreement on the establishment and regulation of the activities of the Uzbek-Turkmen border trade zone, providing for the creation of a Trade Center in adjacent territories, the Agreement on increasing the volume of trade and expanding partnerships between enterprises and companies, the Protocol on organizing the exchange of preliminary information on goods and vehicles transported across the customs border.

An Agreement on simplifying visa procedures for the businesspeople and a Protocol on amending the Agreement on mutual trips of citizens dated November 19, 2004, were also signed during the visit. These documents are expected to create favorable conditions for businesses of the two countries and serve to strengthen interethnic harmony, according to the press service.

The two-day visit of President Gurbanguly Berdimuhamedov to Uzbekistan started on Monday. The Uzbek-Turkmen Economic Forum was also held in Tashkent on the sidelines of the visit.

(Photo: the Press Service of President of Uzbekistan) 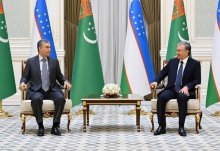 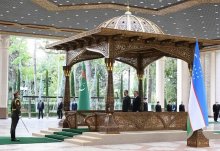 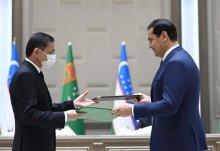 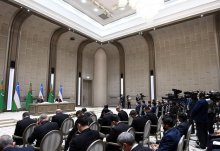