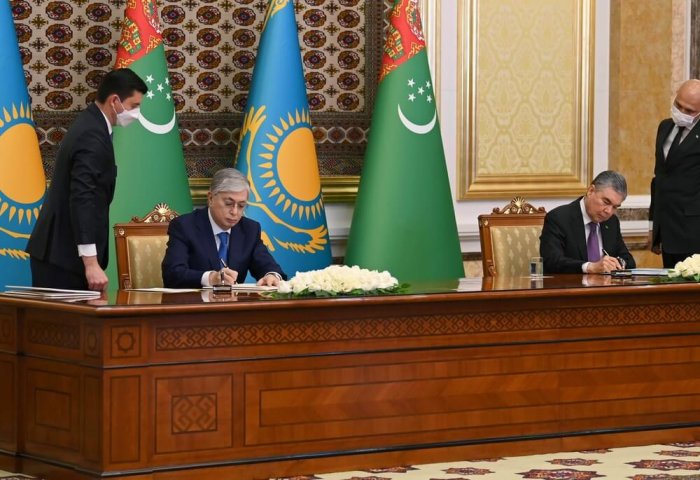 The Presidents of Turkmenistan and Kazakhstan on Monday in Ashgabat held talks in the narrow format and in the extended format with the participation of official delegations. The talks concluded with the signing of numerous documents aimed at bolstering bilateral cooperation.

During the narrow format meeting, President Gurbanguly Berdimuhamedov said the state visit of the Kazakh President Kassym-Jomart Tokayev to Turkmenistan will give a powerful impetus to fraternal and strategic bilateral relations and will bring them to a qualitatively new level, the press service of the Head of Kazakhstan reports.

The Kazakh President in his speech during the talks in expanded format emphasized the significance of his first state visit to Turkmenistan.

Tokayev also expressed his support for the proposal of the Turkmen Leader to hold the Days of Culture of Turkmenistan in Kazakhstan in 2022.

The Head of Kazakhstan said the country is ready to increase the supply of a range of products in 60 commodity positions totaling more than $130 million to Turkmenistan.

“I am sure that this task is quite challenging. In particular, an increase in the supply of our agricultural products, especially flour and wheat, on mutually beneficial terms at market prices is seen as promising. Earlier, Kazakhstan, in accordance with the agreement with the Turkmen side, began exporting wheat at an affordable price," President Tokayev said during the meeting.

In conclusion, the President of Kazakhstan said all the issues discussed during the meeting are clear examples of the special nature of Kazakh-Turkmen relations.

Following the negotiations with the participation of members of the official delegations of Turkmenistan and Kazakhstan, the officials signed bilateral documents, including the Joint Statement by the President of Kazakhstan Kassym-Zhomart Tokayev and the President of Turkmenistan Gurbanguly Berdimuhamedov, Agreement between Kazakhstan and Turkmenistan on delimitation of the Kazakh-Turkmen state border and delimitation of adjacent sections of fishing zones in the Caspian Sea.

The governments of the countries signed agreement on the regime of the Kazakh-Turkmen state border. The Kazakh Finance Ministry and the State Customs Service of Turkmenistan inked an agreement on the organization of the exchange of preliminary information on goods and vehicles moving between the countries.

Agreement of intent to build a cable border crossing and docking of infocommunication telecommunication networks of Jusan Mobile JSC and Turkmentelecom on the border of Turkmenistan and Kazakhstan, as well as 13 memorandums are among numerous documents signed upon the outcomes of the meeting.

(Photo: Press Service of the President of Kazakhstan) 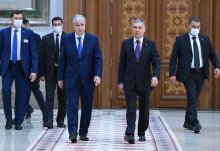 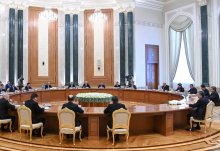 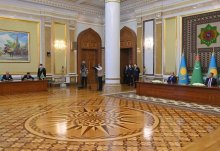 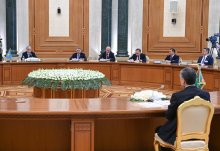 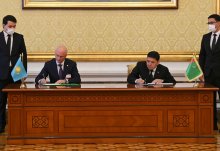 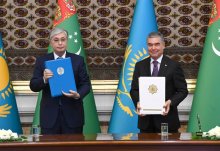 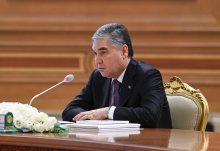 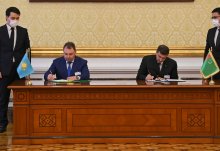 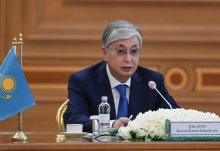 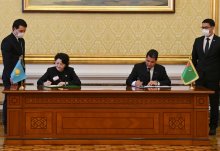 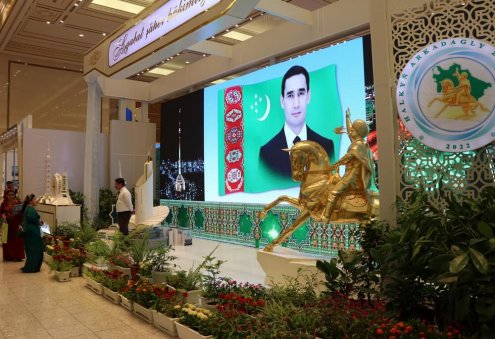 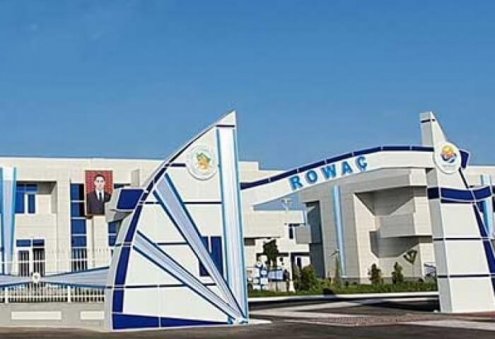 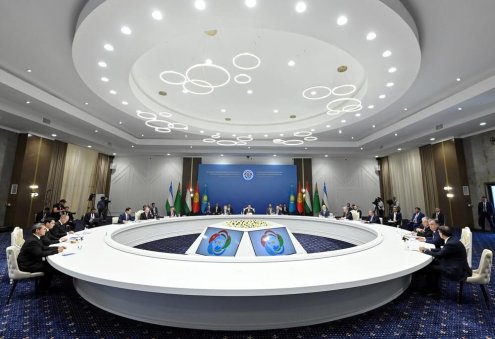