President of Turkmenistan Gurbanguly Berdimuhamedov on Friday along with Leaders of the Cooperation Council of Turkic Speaking States (Turkic Council) attended the official opening ceremony of the council's secretariat headquarters in Istanbul.

The Leader of Turkmenistan arrived in Turkey to participate in the eighth Turkic Council summit.

The summit participants jointly cut the ribbon symbolizing the opening of the building in Istanbul’s Sultanahmet District. The flags of the countries participating in the organization were hoisted outside the secretariat headquarters, the Turkish Anadoly Agency reports.

The Heads of State and Government later left for the Democracy and Freedoms Island in the Sea of Marmara near Istanbul to attend the Turkic Council summit hosted by President Recep Tayyip Erdoğan under the theme "Green Technologies and Smart Cities in the Digital Age".

The Turkmen President Berdimuhamedov will represent his country for the first time as an observer.

The Turkish Foreign Minister Mevlut Cavusoglu earlier said the Leaders of the Turkic Council countries would make important decisions on the future of the organization.

First of the major topics that will be considered is the observer status of Turkmenistan in the council, which will allow the organization to cover all Turkic-speaking states, according to the report.

The decision on changing the council’s name to the Organization of Turkic States is expected to be taken at the summit.

The organization members will also update the charter of the Council of Aksakals of the Turkic Council.

The statuses of partner countries and observers will also be concretized.

The Turkic Council was established in 2009 as an intergovernmental organization. It consists of Azerbaijan, Kazakhstan, Kyrgyzstan, Turkey and Uzbekistan as member countries and Hungary as an observer state. 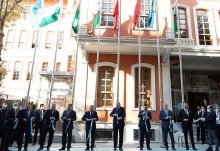 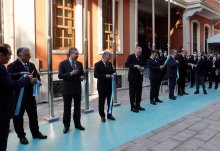 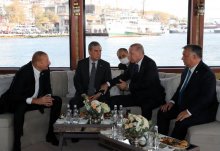 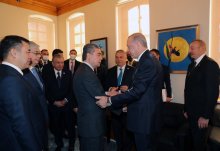 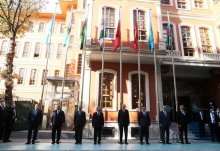 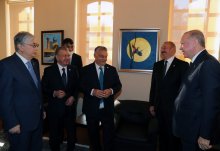 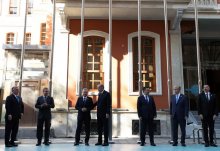 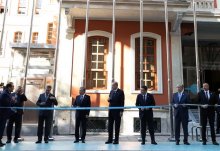 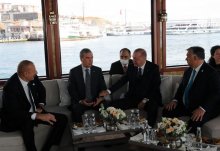