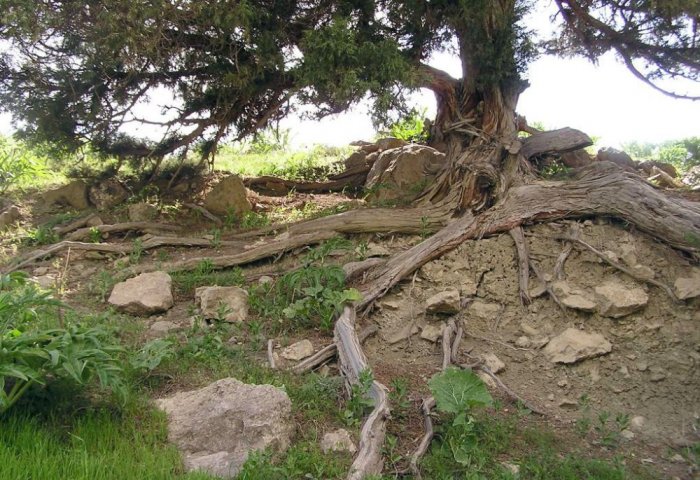 The international document on the containment of desertification processes was adopted in Paris on June 17, 1994.

2019 is a 25th anniversary of the Convention to Combat Desertification. The international document on the containment of desertification processes was adopted in Paris on June 17, 1994, and the global movement for the preservation of the fertility of irrigated areas started 25 years ago.

The National Institute of Deserts, Flora and Fauna is a leader in the Central Asian region in the study and development of deserts. The Institute conducts scientific and practical activities in support of environmental initiatives of Turkmenistan and expands international environmental partnership.

The activities of the institute include monitoring of the state of biodiversity and the environment, the development of the scientific foundations of the work of state nature reserves. For over half a century, the International Scientific and Practical Journal “Problems of Deserts Development” has been published under the auspices of the National Institute of Deserts, Flora and Fauna. The members of the editorial board and authors include desert scientists, geographers, biologists, geologists, geobotanists from various countries of Eurasia.

Turkmenistan is the leader among the neighboring countries in the presence of man-made plantations, in the scale of measures to protect them during the fire-hazardous period, in creating mixed coniferous and deciduous forests in the foothills and in the size of areas occupied by eldar pine. Forest plantations are the most natural and effective help to nature for maintaining biodiversity that only human can provide. According to the latest data, man-made forests in Turkmenistan occupy 105 thousand hectares.

Another important activity is the study of emerging ecosystems within the reservoir system of the Turkmen Lake Altyn Asyr. Such a mechanism of water utilization is unprecedented, and the value of the unique hydraulic structure for Turkmenistan and the whole Central Asian region cannot be overestimated. According to the experts, this is a good example of water resources management and the introduction of new land massifs, recaptured from the desert, into economic activity. This region of the country has not only a huge socio-economic potential, but is also interesting from the point of view of the development of ecotourism.