New Settlements to Be Built in Mary Province

In the Turkmengala, Sakarchage and Vekilbazar etraps of Mary velayat, ceremonies were held for laying new modern settlements, the State news agency of Turkmenistan (TDH) reports.

In the Tyaze Dunya neighborhood of the Turkmenkala etrap, a new settlement will be located on the southern side of the Mary-Turkmenabat highway. An area of ​​110 hectares includes an administrative building, a school for 660 children, a kindergarten for 320 children, a healthcare center, a store, a celebration center, a bakery enterprise, a market and other social facilities. Three- and four-room one-storey residential buildings for 570 families will be constructed in the area.

In the Gumguzer neighborhood of the Sakarchage etrap, the area of ​​the new settlement located on the northern side of the Ashgabat-Mary route will be 150 hectares and include residential buildings for 784 families, an administrative building, a secondary school for 720 children, a kindergarten for 320 children, a healthcare center, stores and other social facilities.

In the village of Uch Depe of the Vekilbazar etrap, a new settlement was founded on an area of ​​100 hectares along the northern side of the Mary-Turkmenabat highway. The project includes an administrative building, a school for 660 children, a kindergarten for 320 children, a healthcare center, a store, a market, a bakery, and three- and four-room one-storey residential buildings for 500 households.

Also, a ceremony for the laying of new residential complexes were held in the administrative center of the velayat - the city of Mary. Along the Bayramhan street, sixteen four-storey buildings with 68, 48 and 24 apartments will be built for 656 families. There are a school for 500 students, six playgrounds, buildings for public events, and green areas. Four seven-story apartment buildings for 102 and 119 apartments, parking lots, children's and sports grounds are planned along the Bagtyyarlyk Street. A seven-story apartment building will be constructed along the Magtymguly street.

Ceremony on the occasion of the start of construction of a modern residential complex with a total area of ​​25.3 hectares was also held in the city of Bayramali. It is planned to build 41 four-storey residential building with 32 and 40 apartments, four shopping centers, sports and playgrounds, a kindergarten for 160 children. 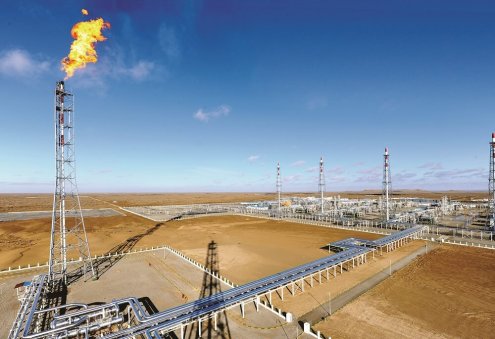 Ashgabat to Host Oil and Gas of Turkmenistan International Conference 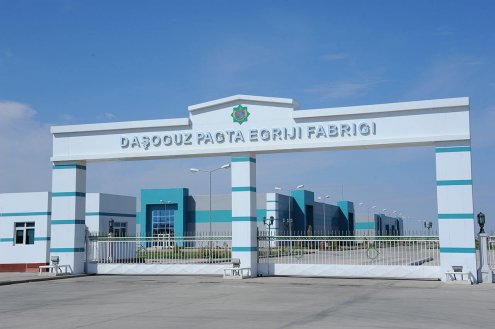 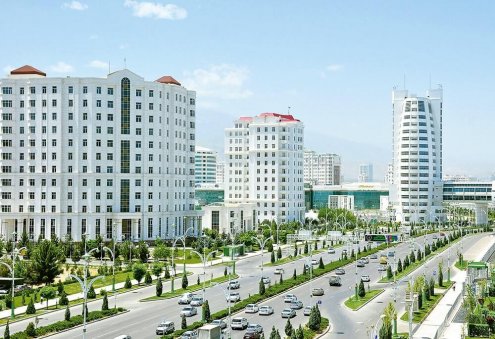