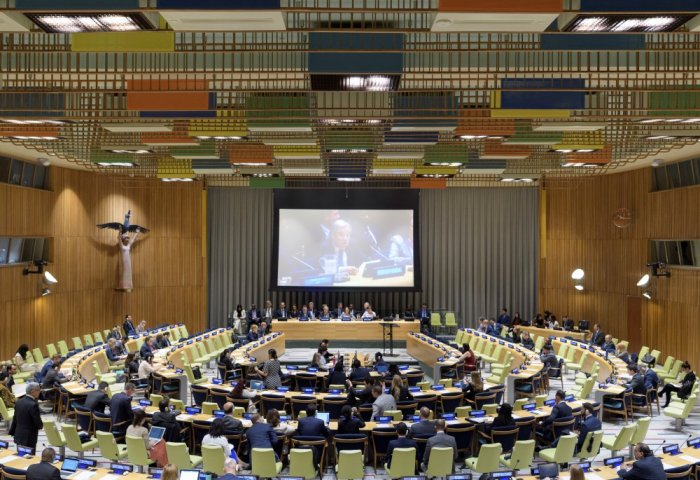 The Turkmen side expressed its readiness to actively participate further in the forums organized by UN-OHRLLS.

According to the Turkmen MFA, the parties underlined the necessity of developing closer ties in the sphere of transport and energy during the meeting. In this regard, the significance of the initiatives of Turkmenistan in promoting the issues of developing the international transport-transit corridors on the UN platform, as well as widening of collaboration in the provision of stable transit of energy resources to the world markets was highlighted.

Stressing the importance of the international transport collaboration between the landlocked countries, the Turkmen side expressed its readiness to actively participate further in the forums organized by UN-OHRLLS.

In the framework of the first day of the New York visit, Turkmen delegation also met with Ms. Armida Salsiah Alisjahbana, Executive Secretary of the United Nations Economic and Social Commission for Asia and the Pacific (ESCAP).

During the meeting with the Executive Secretary of ESCAP, the parties discussed a number of practical steps on strengthening the regional partnership in the implementation of the Sustainable Development Goals, as well as in the framework of Turkmenistan’s chairmanship in United Nations Special Programme for the economies of Central Asia (SPECA).