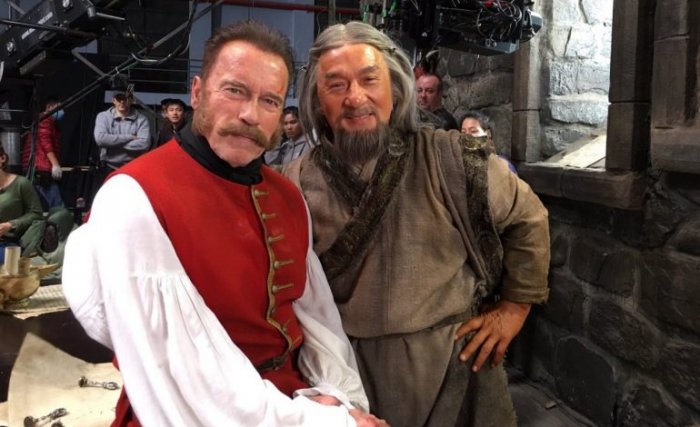 Jackie Chan and Arnold Schwarzenegger's long delayed China-Russia fantasy film The Mystery of the Dragon Seal: Journey to China is finally headed to cinemas in the two countries, according to The Hollywood Reporter.

The movie wrapped production in Beijing back in February 2017 after lengthy on-again, off-again shoots in the U.K., Russia and China.

The producers revealed Wednesday that the fantasy spectacle has finally secured a simultaneous release date in China and Russia on Aug. 16.

Journey to China is the first feature to co-star action legends Chan and Schwarzenegger, who play a master wizard and an imposing sea captain, respectively.

Directed by Russian filmmaker Oleg Stepchenko, Journey to China is a sequel to his 2014 movie Forbidden Empire, a loose adaptation of a horror novella by a Russian writer named Nikolai Gogol.

The sequel was budgeted at around $50 million, with the story's action relocated to the border lands between Russia and China.