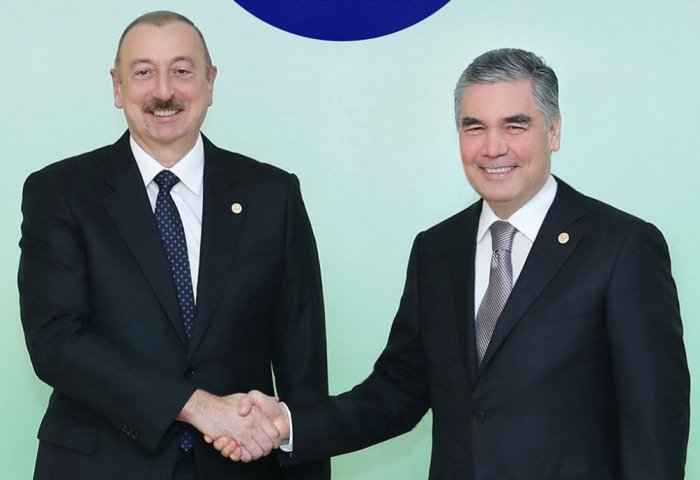 President of Turkmenistan Gurbanguly Berdimuhamedov held bilateral meetings on Thursday with President of Azerbaijan Ilham Aliyev, President of Uzbekistan Shavkat Mirziyoyev and President of Moldova Igor Dodon, who arrived in Ashgabat to participate in the meeting of Council of Heads of CIS States.

The parties noted that, being one of the largest producers and suppliers of energy resources in the world, both states have great potential in the fuel and energy complex taking into account their geographical proximity.

The Leaders underlined transport sector as the strategic direction of the joint partnership, where there are broad prospects for further cooperation in creating a transit transport system. Like Turkmenistan, Azerbaijan has a modern infrastructure in this sector, particularly, a port infrastructure, which helps to establish effective cooperation between automobile and railway ferry services, and to form an extensive logistics network.

At the meeting between Presidents of Turkmenistan’s and Uzbekistan’s, an exchange of views on key aspects of cooperation took place and interest in diversifying partnership with great potential was confirmed. In this context, positive assessment was given to the activities of the intergovernmental commission on trade, economic, scientific, technical and cultural cooperation.

The Leaders of neighboring states noted the importance of implementing joint infrastructure projects, and above all, the formation of a new transit corridor that will allow in the shortest way accessing the seaports in Iran, Oman and India, having created opportunities for further growth in trade, transit and investments.

During the talks between Turkmenistan and Moldova Leaders, parties noted the positive dynamics of the Turkmen-Moldovan dialogue in the political, economic and humanitarian spheres and exchanged views on further strengthening cooperation between the two states.

Turkmen Leader noted the important role of both states with a favorable geographical position in the development of transport corridors on the Eurasian continent and emphasized that today this factor is becoming particularly relevant because of the intensification of Turkmenistan’s economic relations with the countries of Southern and Eastern Europe and the formation of transport corridors through the Caspian and the Black Sea regions.

The meeting of Council of Heads of CIS States takes place in Turkmenistan’s capital, Ashgabat, on Friday. 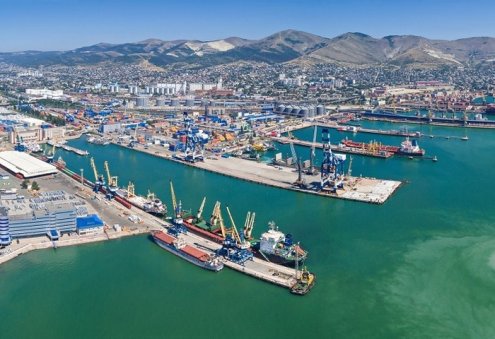 Transit of Turkmen Oil Through Russian Ports Expected to Decrease 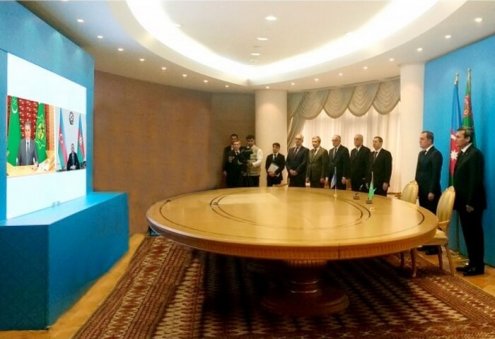 Massive Shopping and Entertainment Center Under Construction in Turkmen Capital