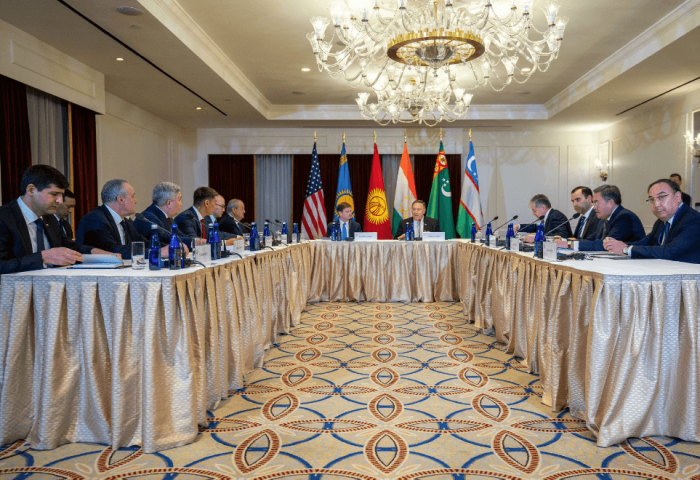 C5+1 ministerial meeting with the participation of US Secretary of State Mike Pompeo took place in September in New York.

Tashkent will host on January 6 the ministerial meeting under C5+1 format, according to the press-service of the Embassy of the United States of America in Turkmenistan.

Foreign ministers of five Central Asian countries and the U.S. Secretary of State Mike Pompeo will attend the ministerial meeting in Uzbekistan.

The sides will discuss shared interest in peace and stability in Afghanistan, and future cooperative efforts in the region.

“Consistent with the new U.S. Central Asia Strategy, the Secretary will stress the U.S. support for a better connected, more prosperous, and more secure Central Asia,” according to the U.S. Embassy in Ashgabat.

During his two-day visit to Tahkent, Pompeo will also hold talks with Uzbekistan’s President Mirziyoyev and Foreign Minister Kamilov.

On the eve of visit to Uzbekistan, Pompeo will travel to Nur-Sultan, where he will meet with Kazakhstan’s President Tokayev, First President Nazarbayev, and Foreign Minister Tileuberdi.

The C5+1 format serves as a multilateral mechanism of interaction between the five Central Asian countries and the United States. The dialogue focuses on economic development, regional cooperation and security issues.