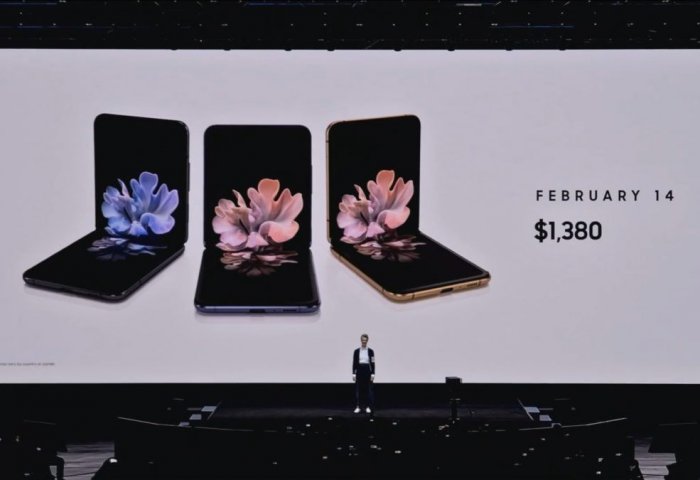 Samsung kicked off the event with announcing the brand new foldable Galaxy Z Flip smartphone. The device is Samsung's second foldable phone after Galaxy Fold and the first with a foldable glass display. It will be available to buy starting February 14 for $1,380.

According to the company's Wednesday press release, the square-shaped foldable smartphone Galaxy Z Flip has a 6.7-inch foldable screen that Samsung says is made of ultra-thin foldable glass. And there's a tiny touch-screen on the exterior for little bits of information like notifications or for little actions like swiping to answer a phone call. According to the Samsung the phone can withstand more than 200,000 folds and unfolds. The phone features a dual-lens camera on the back.

One of the big things about Samsung's new Galaxy phones is they all support 5G connectivity thanks to the latest Snapdragon 865 chip from Qualcomm.

During the event, Samsung also said the cameras in new Galaxy phones are the biggest refresh since the Galaxy S7 from 2016. Each Galaxy S20 has regular, ultra-wide, and zoom lenses, with the Galaxy S20 Ultra reaching 100x zoom. Samsung is also using much larger camera sensors, from 64 megapixels to a whopping 108 megapixels.

Samsung also ventured briefly into accessories at Unpacked 2020 by unveiling Galaxy Buds+. The earbuds have up to 11 hours of battery life, and the new speaker system with better audio. They're out February 14th for $149.