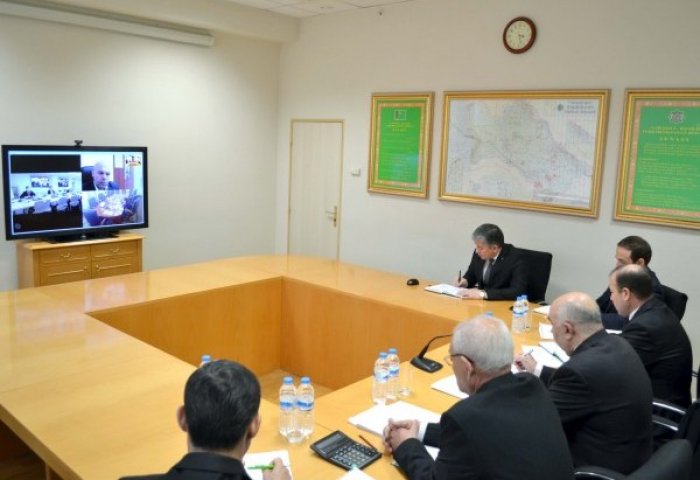 The participants exchanged views on the geotechnical activities on the oil wells of the Turkmennebit State Concern.

The administrative building of the Türkmennebit State Concern, the national oil company of Turkmenistan, hosted a video conference session with the representatives of the Tatneft public company on Wednesday.

The participants exchanged views on the geotechnical activities on the oil wells of the Turkmennebit State Concern. In addition, the parties reached preliminarily agreements to expand the activities for providing the services on full renovation of oil wells and offshoot drilling covering some oil fields.

The parties also discussed the current state of affairs and prospects of the development of mutually beneficial bilateral relations. The sides specifically noted the efficiency of cooperation in the framework of previously attained high-level agreements between Turkmenistan and the Republic of Tatarstan of the Russian Federation.