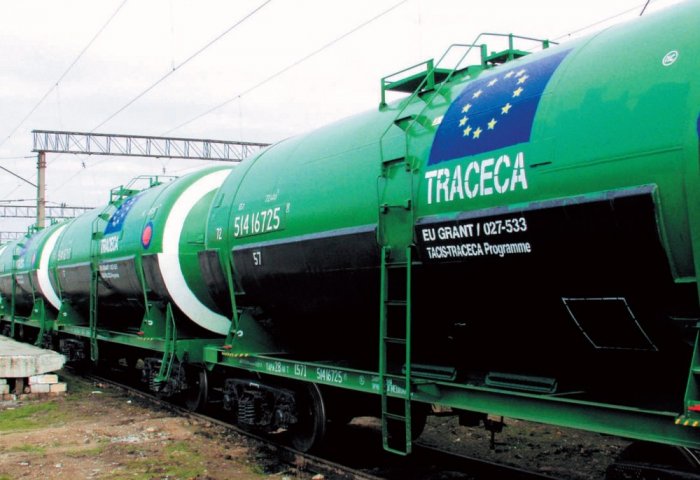 President of Turkmenistan noted the relevance of construction and intensification of Lapis Lazuli and Europe-the Caucasus-Asia (TRACECA) transport corridors.

President of Turkmenistan Gurbanguly Berdimuhamedov signed a Resolution establishing an Interdepartmental Commission to analyze the amount of fees and charges levied on owners of motor vehicles and motorcycles of foreign countries arriving in Turkmenistan and transiting its territory, and approving the composition of the Commission and its Regulation.

The Head of State signed the Resolution during the meeting of the Cabinet of Ministers on Friday and transferred it to Deputy Prime Minister Bayramgeldi Ovezov, overseeing transport and communications sphere.

Following the report of Deputy Prime Minister Ovezov, Turkmen President emphasized that the key tasks for the foreseeable future are consistent integration into the global transport system and the further expansion of infrastructure along the main highways, connecting routes and junctions in the East-West and North-South directions.

The Head of State noted the relevance of transport projects, including the creation of the Modal Highway for Central Asia with access to Turkey, the construction and intensification of Lapis Lazuli and Europe-the Caucasus-Asia (TRACECA) transport corridors.

The Resolution regarding the amount of fees and charges was signed in order to significantly increase the efficiency of transport and transit corridors, to further increase the competitiveness of the transport complex, expand cargo flows and the volume of foreign trade.