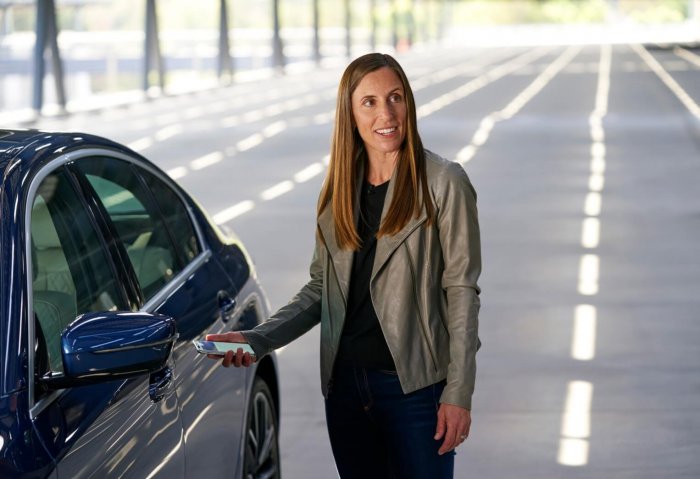 Apple announced at its annual Worldwide Developers Conference (WWDC) on Monday a new feature that will allow drivers to use their iPhones to unlock and start a car.

According to CNN, Emily Schubert, Apple senior manager of car experience engineering, demonstrated how a driver can tap the door handle with their iPhone to unlock the sedan. Then drivers place the iPhone on the car's charging pad and push the ignition button to start the car. The Apple technology relies on what's known as Near Field Communication (NFC), which allows devices within a few centimeters of each other to exchange data wirelessly. Apple plans to transition to using a different technology, ultra wideband, which will allow for unlocking from greater distances. An iPhone could remain in a driver's pocket or bag.

Users of Apple’s new CarKey will also be able to share digital keys with a family member or other trusted contact, via an iMessage, with or without restrictions. For example, a vehicle owner can limit the time that the recipient of a shared key has access to the car.

CarKey will be supported by Apple’s upcoming iOS 14 and the current version, iOS 13.

The company will first roll out the feature on the 2021 BMW 5 Series, but wants to expand it to other car models.

General Motors, an American multinational vehicle manufacturer, and other automakers have allowed owners to control certain features of a vehicle such as locking or unlocking from their smartphones for years. The Tesla Model 3 was the first vehicle to allow owners to use their smartphones as a key to drive the vehicle.