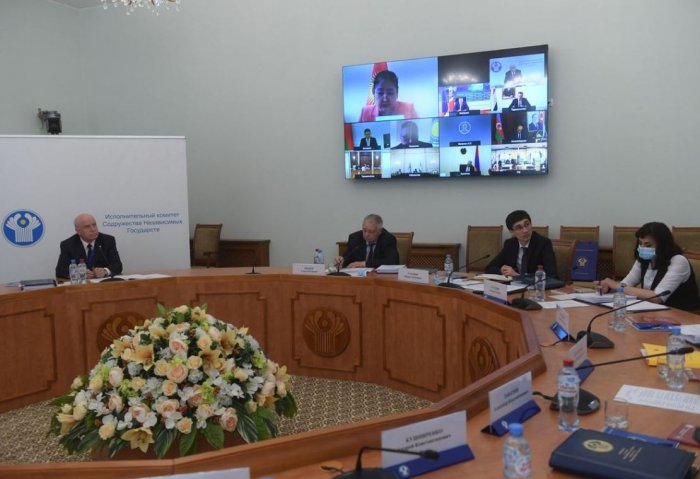 The 86th meeting of the CIS Economic Council addressed possible collective measures to mitigate the negative impact of the COVID-19 pandemic. (Photo: CIS)

The 86th meeting of the Economic Council of the Commonwealth of Independent States (CIS) took place in a video conference format on Tuesday. The Deputy Minister of Finance and Economy of Turkmenistan headed the Turkmen delegation at the meeting.

According to the Turkmen Foreign Ministry’s statement, the meeting participants discussed priority directions of the interstate trade and economic cooperation, and the strengthening the regulatory framework of mutually beneficial partnership between the CIS countries.

Within the framework of the meeting, the parties exchanged views on the socio-economic situation of the CIS member states and possible collective measures to mitigate the negative impact of the COVID-19 pandemic.

As a result of the discussions of issues on the agenda of the meeting, the officials signed a number of documents regulating the cooperation of the parties in various areas of comprehensive cooperation.