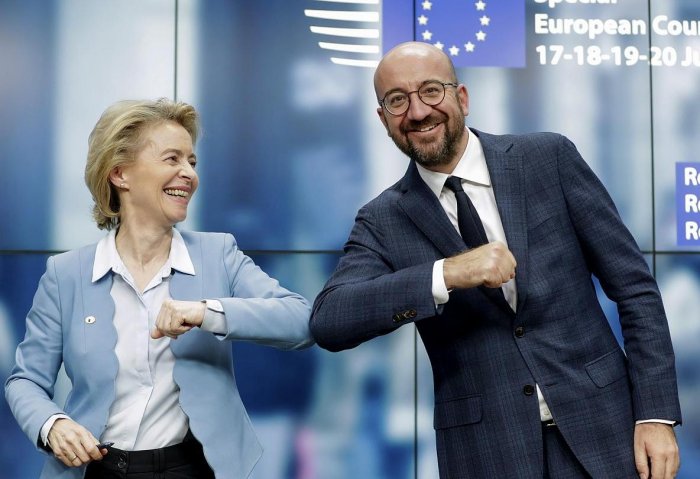 The deal was reached after marathon of negotiations that almost became the longest in the EU history. (Photo: AP)

European Union leaders reached a deal on an unprecedented €1.82 trillion ($2.1 trillion) budget and COVID-19 recovery fund following one of the longest summits in the EU history that ended early Tuesday.

According to the European Council’s Tuesday statement, the €750 billion ($857.33 billion) recovery package and the nearly €1.1 trillion 2021-2027 budget “will help the EU to rebuild after the pandemic and will support investment in the green and digital transitions”.

Speaking at the press conference on the deal, European Council President Charles Michel said, “This is a strong deal. And most importantly, this is the right deal for Europe, right now”.

The deal was reached after marathon of negotiations that almost became the longest in the EU history. The planned two-day summit, which was supposed to end on Saturday, lasted almost five days.