Turkmenistan Completes Work on Draft Law on Amendments to Constitution 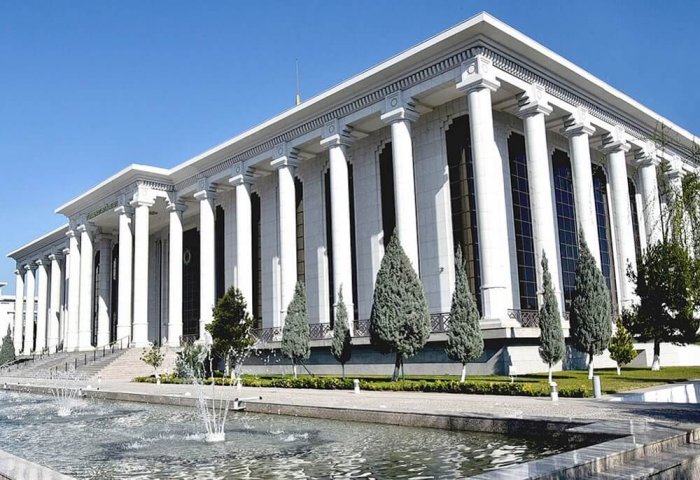 In his opening remarks, the Head of State noted that the constitutional reform is aimed at modernizing the legislative branches, the Halk Maslahaty (People's Council) and the Mejlis (parliament), and the formation of a bicameral structure of the legislative body.

To solve these tasks, in accordance with the Decree of the President, signed in September last year, a Constitutional Commission was created to develop and generalize proposals regarding amendments and additions to the Basic Law of the country. Taking into account proposals from citizens, political parties, public associations and local authorities, a draft of the corresponding Constitutional Law was prepared and published in the media.

At the meeting of the commission, the officials reported on the work done on the preparation of the draft Constitutional Law. This work was carried out taking into account the proposals received from the deputies of the Mejlis, relevant ministries, branch and scientific departments, educational institutions, political parties, and public associations and citizens.

According to the bill, approved and supported by the people of Turkmenistan, it was decided to remove one article from the Basic Law, add 3 articles and make appropriate amendments and additions to 27 articles. The proposal to name the new bicameral parliament the National Council of Turkmenistan, and its chambers the Halk Maslahaty and the Mejlis, also received the public support.

President Gurbanguly Berdimuhamedov thanked everyone who took an active part in the big work on the preparation of the draft Constitutional Law on amendments and additions to the Constitution, adding that, in general, this work can be considered completed.