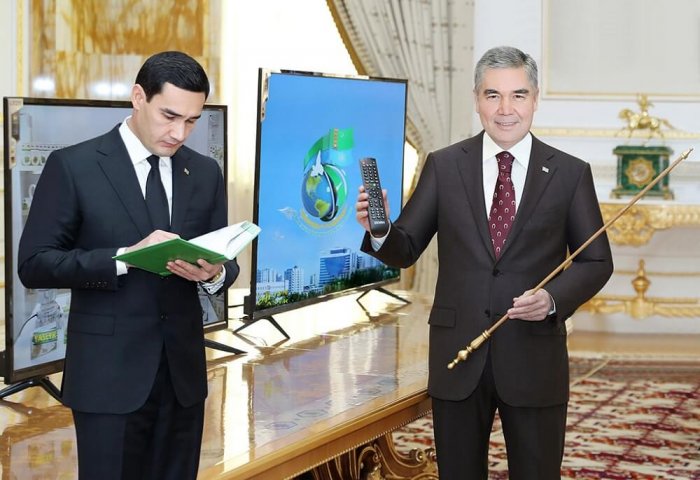 Minister of Industry and Construction Production Serdar Berdimuhamedov acquainted the Head of State with samples of the domestic electronic products that will be released soon.

According to the report, the Ministry of Industry and Construction Production of the country, together with members of the Union of Industrialists and Entrepreneurs of Turkmenistan, has established the production of modern electronic equipment.

Aýdyň Gijeler Economic Society, created with the share of the Ministry of Industry and Construction Production (49%), is working on launching them into mass production.

The Turkmen Minister briefed on the features of the new electronic industry products and the technologies used, and appealed to the President with a request to name the new televisions, computers, mobile phones and other devices.

The Head of State noted that it would be convenient to name the new 65-inch smart TV - Älem (Cosmos), and the new All-in-one PC - Şowly (Successful).

Focusing on the need to provide the population with the new devices and equipment, the Turkmen Leader instructed to keep under control the issues of expanding their range and improving quality, emphasized the importance of ensuring the affordability of electronic products and gave specific instructions in this regard.