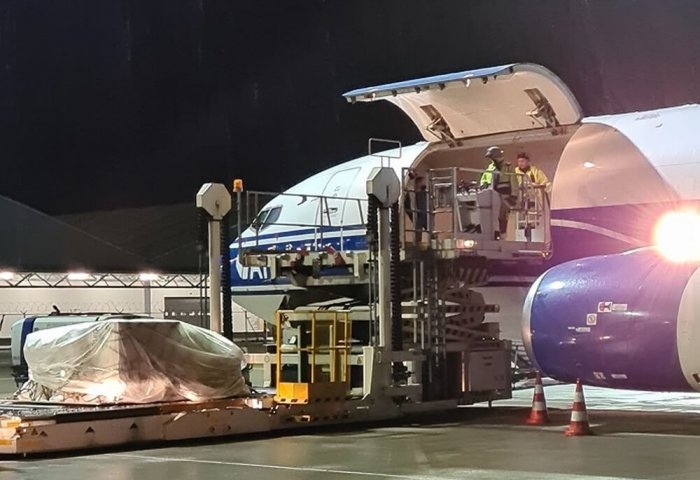 Two Volga-Dnepr Group charter flights were organised from Leipzig airport in Germany to Turkmenistan during August-September.

Under UN agency vaccination program Volga-Dnepr Group and Scan Global Logistics collaborated and worked together to deliver 180 cubic meters of vaccines and medical supplies to Turkmenistan, the airline holding said in a Wednesday press release.

According to the statement, the cargo contained Diphteria/Hepatitis and BCG vaccine doses as well as other medical supplies that will help support routine immunization of the population in the country.

The consolidated cargo was delivered from all parts of Europe to Leipzig airport for the flight departures, while Volga-Dnepr and Scan Global Logistics teams delivered it to Turkmenistan.