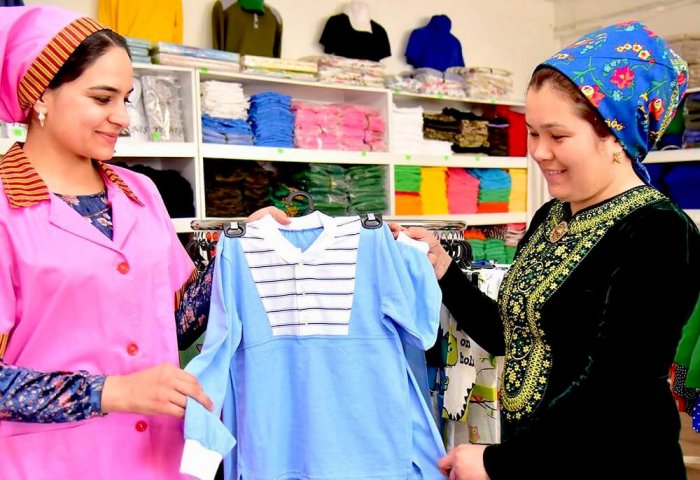 The factory mainly produces uniforms for military personnel, but also sews clothes for adults and children.

Turkmenabat Sewing Factory produced garments worth nearly 46.6 million manats over the past year instead of 35.506 million manats worth of garments established by the production plan, thereby exceeding the plan by 31%.

According to Türkmen Gündogary newspaper’s Saturday issue, the factory mainly produces uniforms for military personnel, but also sews clothes for adults and children.

In addition, the plant also established the production of school bags within the framework of the import substitution program. During the year, the factory produced over 1.5 thousand school bags, as well as over 464 thousand face masks.

Turkmenabat Sewing Factory, which employs around 500 women, makes a significant contribution to the production of domestic competitive products in a market economy.