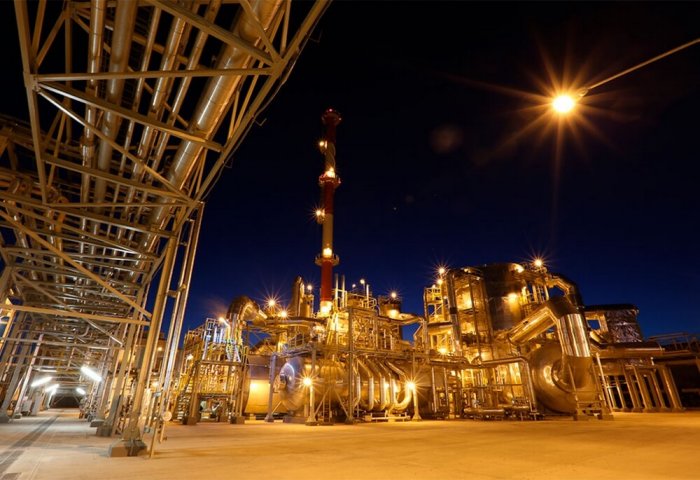 The production line of finely ground sulfur with an annual capacity of at least 20 thousand tons is planned to be established at the Turkmenabat Chemical Plant.

Deputy Chairman of the Cabinet of Ministers of Turkmenistan Shamuhammet Durdyliyev during an off-site government meeting held in Lebap velayat on Thursday reported to President Gurbanguly Berdimuhamedov on the state of affairs in the areas under his supervision, in particular, on the measures to expand and modernize the infrastructure of the electric power and chemical industries.

According to the TDH news agency’s report, the Deputy Prime Minister informed about the measures to establish the production of new types of chemical products for the needs of agriculture sectore.

In his report, Durdyliyev noted that it is planned to establish the production line of finely ground sulfur with an annual capacity of at least 20 thousand tons at the Turkmenabat Chemical Plant named after S.A. Niyazov.

President Gurbanguly Berdimuhamedov emphasized the importance of continuously increasing in the country the production volumes and range of chemical products, which are in high demand in the domestic and international markets.

In this regard, the Deputy Prime Minister was instructed to study in detail the issues of technical re-equipment of enterprises of the domestic chemical industry and the establishment of the production of new types of products based on local resources.