Media Cooperation Between Turkmenistan and Tatarstan Republic Discussed in Kazan

The meeting participants discussed cooperation on exchange of news materials.

The Consul General of Turkmenistan in Kazan Atadurdy Bayramov, the Head of the Tatarstan’s Republican Agency for Press and Mass Communications Tatmedia Aydar Salimgarayev and Director General of the TNV TV and Radio Company Ilshat Aminov in a meeting on Wednesday in Kazan discussed cooperation on exchange of news materials.

The meeting participants considered matters on accreditation of journalists in Turkmenistan and Russia’s Republic of Tatarstan, the development and promotion of the website of the opening Trading House of Turkmenistan in Kazan, the release of joint thematic magazines, video reports, using the capabilities of the Turkmen Alem communications satellite, according to the Turkmen Consulate’s press release.

The sides also discussed the possibilities of organizing an online meeting of Tatmedia with their Turkmen counterparts, the participation of Tatarstan’s specialists in events held in Turkmenistan, and the signing of bilateral documents between news agencies, TV and radio broadcasting companies of the parties.

The Consulate General of Turkmenistan invited the management and specialists of Tatmedia to visit Turkmenistan to take part in the coverage of the upcoming VI Summit of the Heads of Caspian States. 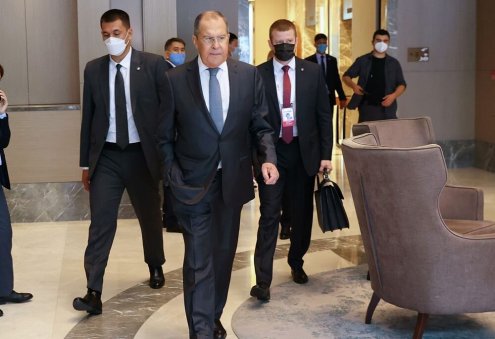