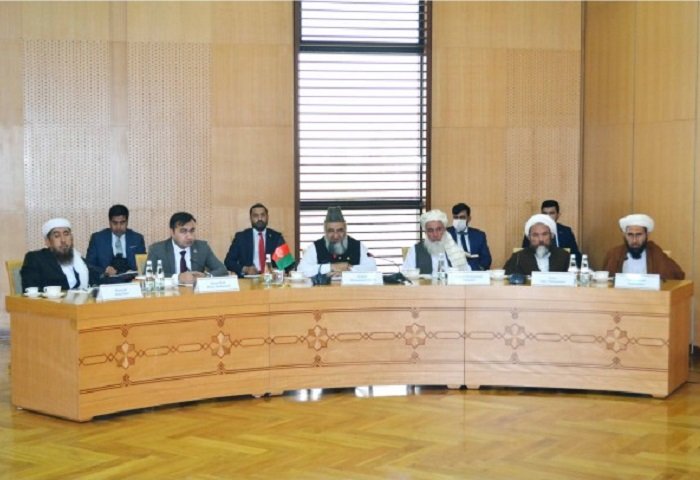 The Minister of Hajj and Religious Affairs of Afghanistan Mohammad Qasim Halimi stressed the importance of Turkmenistan's support to the Afghan people.

The Foreign Minister of Turkmenistan Rashid Meredov and a delegation of Afghanistan led by the Minister of Hajj and Religious Affairs Mohammad Qasim Halimi in a meeting on Tuesday in Ashgabat exchanged views on the current state and prospects for the development of the peace process in Afghanistan.

The Minister Mohammad Qasim Halimi stressed the importance of Turkmenistan's support to the Afghan people, which is reflected in numerous socio-economic and humanitarian projects, the official media of Turkmenistan reports.

The Turkmen side confirmed its readiness to promote the peace process in Afghanistan through political and diplomatic means.

Minister Halimi also highlighted the importance of social facilities built in Afghanistan with the support of the Turkmen side, in particular, the mosque in Faryab province.

The officials also discussed the possibilities of developing cooperation in the fields of education, science and culture.