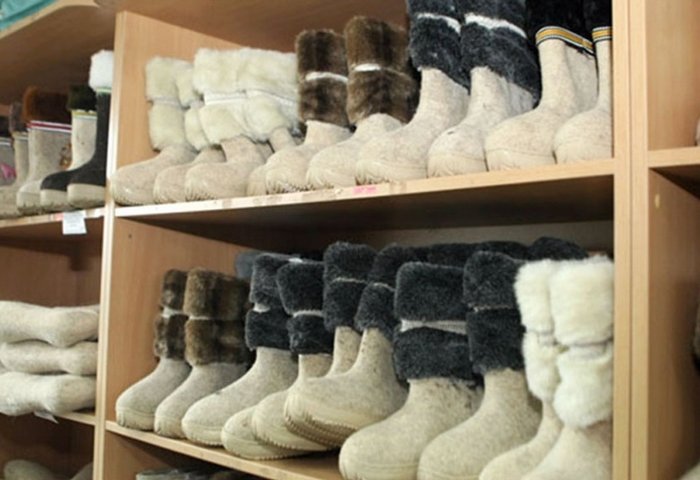 Felt boots of the factory are distinguished by their durability, reliability and environmental friendliness.

A felting factory in the town of Smilovichi in Belarus produces felt boots (valenki) made of sheep wool, including the wool purchased from Turkmenistan, the official media of Turkmenistan reported on Wednesday.

The factory also buys wool for felt boots from Kazakhstan, Tajikistan, Uzbekistan and Russia. Recently, the enterprise agreed on the supply of raw materials from Kalmykia.

For the production of the felt winter footwear, up to forty operations are performed, most of which are done by hand. Finished footwear are distinguished by their durability, reliability and environmental friendliness, according to the report.

Felt boots of the factory are in demand not only in Belarus, but also far beyond its borders. Products are supplied to Russia, Kazakhstan and Ukraine. Previously, Belarusian felt boots were exported to the Baltic countries. Among the customers were even Finland, Norway, the United States and Canada, the media notes.

The enterprise’s future plans include deliveries to Europe. To this end, negotiations are underway with French and German businesses.

In addition to felt boots, the assortment of the factory also includes hypoallergenic wool quilts and pillows, which are produced using natural materials.

The felting factory in Smilovichi has existed for over a hundred years and is the only enterprise of its kind in Belarus. The factory currently employs 40 people.