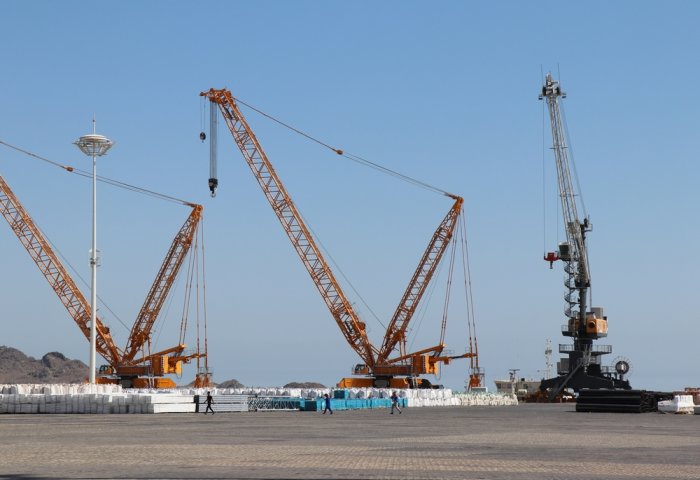 The trade turnover between Turkmenistan and Russia over the first eight months saw a year-on-year increase of 12.5%.

Bilateral trade turnover between Turkmenistan and Russia in eight months of 2021 reached $1.086 billion. These figures were announced by Turkmen official media’s report on the telephone conversation between President of Turkmenistan Gurbanguly Berdimuhamedov and President of Russia Vladimir Putin on Thursday.

At the beginning of the talks, the Turkmen Leader congratulated his Russian counterpart on his birthday and wished him good health and success in his state activities.

The Leaders discussed the priority areas of the Turkmen-Russian cooperation, which is successfully developing in a wide range of areas, both in bilateral and multilateral formats, according to the report.

During the conversation on multilateral partnership, interaction in the Caspian Five format was identified as an important direction. The Head of Turkmenistan confirmed the country's readiness to host the upcoming Caspian Summit in person this year.

The Heads of State also highlighted the growth of bilateral trade in 2021. According to Turkmen statistics, the trade turnover over the first eight months of 2021 hit $1.086 billion, increasing 12.5% year-on-year.

Taking the opportunity, President Berdimuhamedov expressed his gratitude to the Head of Russia for his assistance in delivery of vaccines, PCR test systems and Russian-made medicines to Turkmenistan.

At the end of the telephone conversation, Presidents Gurbanguly Berdimuhamedov and Vladimir Putin reaffirmed the commitment of the countries to friendly, good-neighborly dialogue and strategic partnership relations.

Last week, vice-premiers of Turkmenistan Serdar Berdimuhamedov and Rashid Meredov held talks with a delegation of the St. Petersburg Administration led by Governor Alexander Beglov. During the meeting, the parties discussed cooperation areas, including the opening of trading houses in each other’s territories.