TAPI Gas Expected to Be Cheaper Than LNG For Pakistan 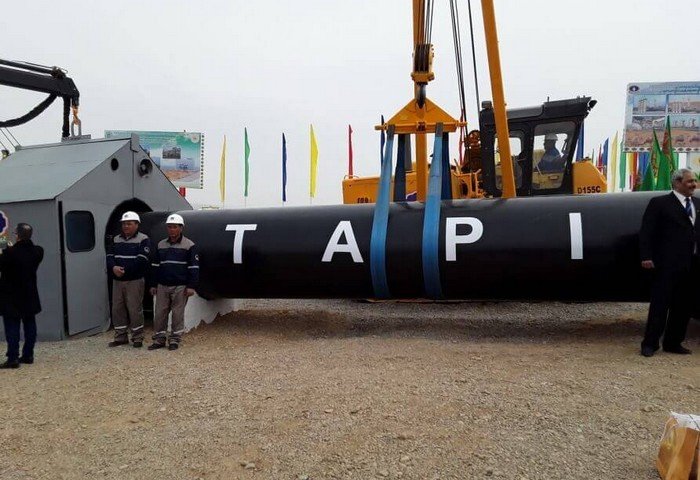 The total length of the TAPI gas pipeline project is approximately 1,814 km.

The Turkmenistan-Afghanistan-Pakistan-India (TAPI) pipeline project would be a very economical proposition for Pakistan as the gas supplied through it would be cheaper than the imported liquefied natural gas (LNG), the country’s Ministry of Energy (Petroleum Division) informed the Pakistan’s National Assembly Standing Committee on Foreign Affairs on Thursday.

The country’s Petroleum Secretary Zakir Arshad briefed the committee of the National Assembly, the lower house of Pakistan’s bicameral parliament, on the progress on the Iran-Pakistan gas pipeline, the TAPI gas pipeline and the Pak-Russia gas project, the country’s The Express Tribune reports.

The committee, chaired by parliamentarian Ehsanullah Tiwana, was also informed that the gas price in the country could rise because of an increase in its international prices over the next three months.

Zakir Arshad told the committee that there was no progress on the Iran-Pakistan gas pipeline due to the US sanctions.

The committee members were informed that TAPI was an economical project for Pakistan. Arshad said Pakistan would pay $200 million only, out of a total $10 billion project cost. In return, he added, the country would receive 1,200 million cubic feet per day (MMcf/d) of natural gas.

The Petroleum Secretary highlighted that there was 800 MMcf/d gas shortfall in Pakistan.

The total length of the TAPI gas pipeline project is approximately 1,814 km. It’s annual capacity is designed to supply up to 33 billion cubic meters (bcm) of natural gas along the route from Galkynysh, the world’s second-biggest gas field, to Fazilka near the border with Pakistan in northern India.