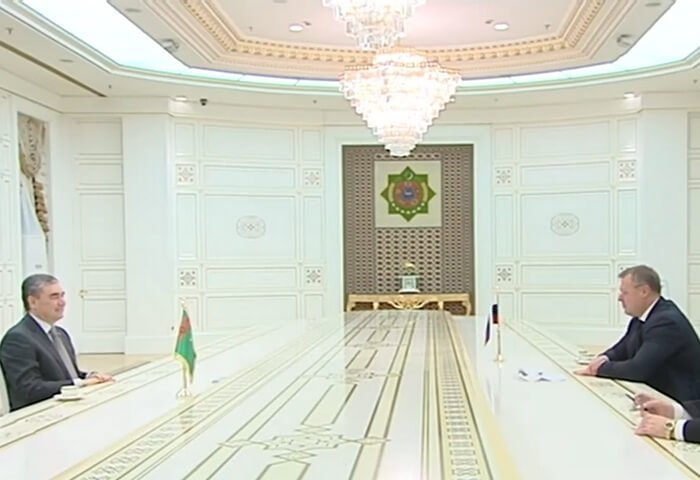 The petrochemical industry, shipbuilding and ship repair were outlined among major areas of cooperation between Turkmenistan and the Astrakhan region.

Companies in Russia’s Astrakhan region have demand for a wide range of Turkmen products, such as textiles, seasonal fruits and vegetables, cotton fiber and polypropylene, the Governor of the region Igor Babushkin said in a meeting with Turkmen President Gurbanguly Berdimuhamedov on Thursday in Ashgabat.

In the first nine months of 2021, the trade turnover between the Astrakhan region and Turkmenistan neared $200 million, the press service the governor's administration reports.

The petrochemical industry, shipbuilding and ship repair were outlined among major areas of cooperation, the official Turkmen media reports. Berdimuhamedov said Russia is one of the largest trade partners of Turkmenistan.

The sides stressed that maximizing the potential of Turkmenbashi International Sea Port would be in high demand in the future. The feasibility of regular passenger and cargo voyages to the ports of several Caspian littoral states, including the Olya port in Astrakhan, was also highlighted during the meeting.

In conclusion, the sides expressed confidence that the business dialogue between Turkmenistan and Astrakhan region would continue to strengthen, contributing to development of bilateral ties.